MOSCOW, February 15. The procedure may return to the idea of selecting a single of the curator of works on creation of the IT and Telecom services from all activities of FIFA world Cup 2018. Be responsible for the project for which the Federal budget allocated 5.7 billion rubles, ready rostec. About it in interview to the newspaper “Kommersant” reported Advisor to the Minister of communications and mass communications of Russia Igor Kozlov. 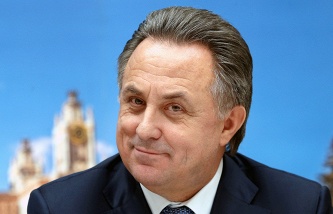 Mutko: the diagram showing TV matches of the 2018 world Cup will be similar to EURO 2016

The General contractor will identify providers of such services in 12 stadiums and other venues during the upcoming championship. According to Kozlov, who also holds the post of Chairman of the Board of Directors of the National information centre (NIC controlled by the “Rostec”), a decision will be made by after NIC will present the Ministry of communications of the system project of creation of the IT and Telecom services the 2018 world Cup (the deadline to 31 March).

The General contractor can pass on the contest of the Ministry of communications either by signing the relevant decree of the government of the Russian Federation. For each of the 12 stadiums, which will conduct the 2018 world Cup, the General contractor on the basis of competitions will be determined by its own set of mobile operators – they will build the network for its subscribers. According to Igor Kozlova, it can be either a single operator or several.

Requirements of the FIFA 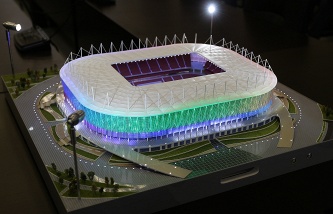 In 2013, the Telecom and IT projects for the 2018 world Cup from the Federal budget it was planned to allocate 6.2 billion and 6 billion rubles were required to provide regions. At the end of the year Federal spending was reduced to 5.7 billion, including to 1.73 billion in 2016.