MOSCOW, February 16. Adjusted net income “Yandex” on US GAAP in 2015 decreased by 11% compared to 2014 and amounted to 12.2 billion rubles, is spoken in the message of the company. 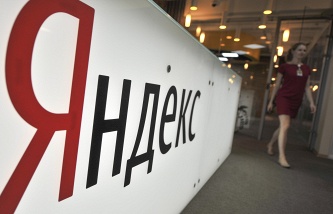 Net profit of “Yandex” in the first half dropped by 50%

Adjusted net income in the 4th quarter reached 3.6 billion roubles and decreased by 8% compared with the figure for the same period of 2014, This reduction reflects the cost of “Yandex” for advertising campaign of various services (Auto.ru “Yandex.Browser”, “Yandex.Taxi”, etc.), to maintain the salaries of the developers at a competitive level, as well as rent Moscow office, which is denominated in dollars, said the press service of the company.

The company expects that in 2016, revenue growth will be 12-18% compared to 2015, “We continued to develop areas that are not related to the search and select “Yandex.Taxi”, Auto.ru and “Yandex.Market” in individual business areas. We will actively invest in them to accelerate their growth in 2016″, – said General Director of “Yandex” in Russia Alexander Shulgin, whose words are reported.

The share of the Russian search market, including search on mobile devices in the fourth quarter, according to LiveInternet, an average of 57.3%. The number of search queries increased by 5% compared with the figure for the fourth quarter of 2014, “Despite an unfavourable economic climate and tough competition, we managed to stabilize our market share,” said the head of the group of companies “Yandex” Arkady Volozh.

Operating profit of “Yandex” in 2015 decreased by 37% to 9.6 billion rubles. Adjusted EBITDA remained at the level of 2014, amounting to 21 billion rubles