MOSCOW, February 16. The Federal Antimonopoly service (FAS) began an investigation against the Russian digital retailers because of the suspicion of price collusion in the sale of the latest iPhone models, reported in a press-Department service.

According to the FAS, there is reason to believe that retailers determined the price of the iPhone is not alone.

“The current prices of iPhone 6S and iPhone 6S Plus, which have retailers, have minor differences among themselves and with the prices listed in the press release Apple’s September 28, 2015”, – explained the representative of the FAS. 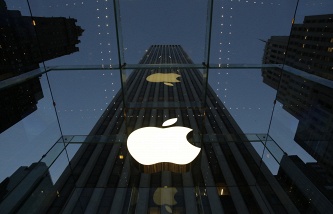 “In this regard, we requested data from 16 retailers on the procurement and retail price, and the periods during which acted these prices”, – said the Agency.

Requests were made including “Euroset”, “Eldorado”, “Svyaznoy”, re:Store, Ozon.ru, “Citylink”, “Mobiland” (brand “Know-how”), “MegaFon” and “VimpelCom” (brand “Beeline”). Queries in respect of pricing mechanisms on the iPhone 6S and 6S Plus were sent to the official online Apple store. The investigation was initiated in connection with the treatment of individuals.

FAS plans to complete the audit by mid-March and will then take the decision to initiate antitrust case. If the office recognizes the existence of price collusion, the penalty for retailers is 1% to 15% of sales of the latest iPhone in 2015

“There’s a small period, according to reports in the first 3 months (after the start of sales of the latest iPhone – approx. ed.), this is a serious share in sales”, – said the Agency interlocutor.

According to him, at present not all companies provided the requested information to the office.