KALININGRAD, February 15. Ferry line Baltiysk (Kaliningrad region) – Sassnitz (Germany) will start from 21 February, reported the press service of the Agency of road transport of Ministry of transport of the Russian Federation (Rosavtotrans). 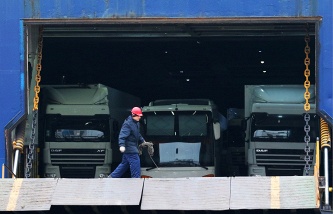 “The beginning of the operation of the ferry is scheduled for February 21, 2016. This line will be used for transporting cargo vehicles with regularity three times a week”, – stated in the message Department.

The problem was discussed in Kaliningrad on 12 February with the participation of representatives of regional authorities and all concerned agencies, including customs and border protection service. CEO of Rosavtotrans Alex Double said that already two months trying to find a compromise with the Polish side on the issue of issuing permits for transit of goods. In this situation, according to him, the organization of ferry transport is of great importance.

The political situation is, “what long-term plans based on Western partners,” cited the press-service of the word Double. “We need to have an independent alternative route to Germany by ferry, which could ensure the passage of at least strategically important goods,” he said. 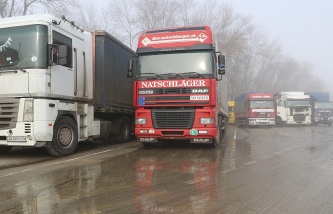 February 1 has expired permits for cargo transportation, which annually between Russia and Poland. The advance parties failed to reach agreement on new permissions, so the truckers of the two countries since the beginning of the month can’t cross the border. The negotiations on this issue continued in Warsaw for three days. On 3 February it became known that the parties are unable to agree. The problem remains unresolved.

The representative of the Kaliningrad Trading-industrial chamber Leonid Stepanjuk has told that now go Polish goods to Lithuania, and then in Kaliningrad, the same thing happens with transit shipments to Europe. A workaround makes transportation by 30% -50% or even 100% more. The land routes were at least 500 km long former, and this increases the delivery time of goods for 1-2 days.

The Deputy Chairman of the regional government Alexander Rolbinov noted that the opening of ferry line from Sassnitz to Baltiysk “will contribute to the reduction of interest rates and keeping prices for consumers in the Kaliningrad region”. All control structures confirmed their readiness to promptly ensure the operation of the ferry line, reported the press service of the regional government.