The mi-171A2 is an offshore helicopter, it is designed for customers working in the oil and gas industry, said the Deputy General Director of holding “Helicopters of Russia” Alexander Shcherbinin. 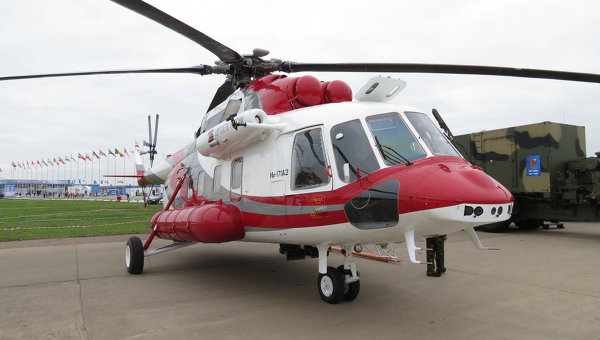 SINGAPORE, 16 Feb. Certification of the new Russian helicopter of middle class Mi-171A2 will be held in the first quarter of 2017 — now im interested representatives of the Russian oil and gas sector, told journalists on Tuesday during the international aerospace salon Singapore Airshow 2016, Deputy CEO of the holding “Helicopters of Russia” Alexander Shcherbinin.

“The certification of the Mi-171A2 is scheduled in the first quarter of 2017. This is an offshore helicopter in the first place it is designed for customers working in the oil and gas industry. Accordingly, we already have interest from Russian operators”, — he said.

Shcherbinin noted that in the first place, the helicopter will move in the Russian market. He also expressed his confidence that the Mi-171A2 great prospects in the Asia-Pacific region.

The mi-171A2 is the latest multi-purpose helicopter of the middle class that combines the operating experience of the Mi-8/17 and the latest technical solutions.