MOSCOW, February 16. Foreign oil refineries (NPZ) and “LUKOIL” in 2015, earned $200 million, in 2016, the result will not be worse, told journalists the Vice-President of the company Vladimir Nekrasov. 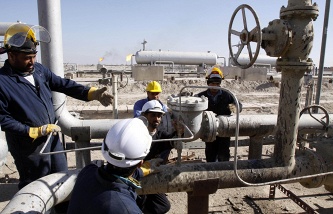 Vice-President “LUKOIL”: the project “West Qurna-2” must be repaid before the end of 2016

“Last year, foreign plants have earned about $200 million (in 2014 the loss was foreign). In 2016 expect (result) is not worse – in January foreign refineries earned $50 million While maintaining the current conditions the result for the year will be even better (last year),” he said.

According to Nekrasov, foreign processing now works in the high-margin $7 per barrel.

Vice-President of LUKOIL noted that in 2015, approximately 44.1 million tons were recycled in Russia, just the company’s refineries have processed 66.5 million tons. Answering the question about refining plans for 2016, he said it would depend on the situation.