BUDENNOVSK, 16 February. LUKOIL would like to raise the price of its petrol to avoid zero economy retail chain, told journalists the Vice-President of the company Vladimir Nekrasov. 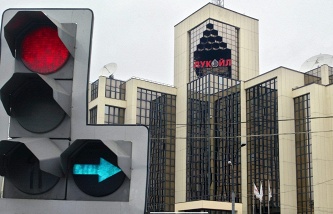 According to Nekrasov, to maintain profitability of the retail network, prices from retail outlets you need to raise at least $ 2.

Also from April 1 excise duty rates for middle distillates, it is proposed to establish in size, equal to the rate of excise tax on diesel fuel.

Earlier it was reported that the additional revenues of the consolidated budget of the Russian Federation of increase of excises on gasoline and diesel fuel can be to 89.3 billion rubles for 2016.

Finance Minister Anton Siluanov said earlier that the increase in gasoline prices in retail should not happen.

“LUKOIL” is ready to supply Iran 2 million tons of oil products in exchange for supplies of oil to their European refineries, said Vice-President of the company.

“There is an ongoing negotiation. We are ready to supply oil products to Iran in exchange for oil from Astrakhan. Maximum transhipment capacity in Astrakhan – 2 million tons. Oil from Iran, we will supply the plant in Sicily the plant in Burgas, too, can recycle,” said he.

Previously, the company “LUKOIL” worked in the Iranian market. In 2003 she became part of the consortium with the Norwegian company “North hydro” with shares of 25% and 75%, respectively, for the project of exploration on the block of oil fields part of the Anaran. But in 2011, LUKOIL withdrew from the project in connection with the imposition of economic sanctions against Iran.

In April 2015, the company reopened its representative office in the Islamic Republic.