MOSCOW, February 16. The Ministry of economic development has sent the government of the Russian Federation the list of candidates to the Board of Directors of Russian Railways and proposes to reduce the Board from ten to nine and from two to four to increase the representation in it of the officials. On Tuesday the newspaper “Vedomosti”, citing a copy of the document. 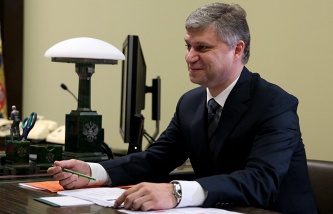 Belozerov: RZD for the first time will reach break-even commuter trains in 2015

In the list of candidates was Vladimir Yakunin, who was fired in August from the post of President of the Russian Railways, as well as three businessmen – independent Directors: the chairmen of the boards of Directors of JSC “Technological company” Dmitry Komissarov, JSC “Russian holding company” Alexander Ryazanov and the group of unified social tax Grigory Berezkina. They all sat in Council RZD than one year – Commissioners and Ryazanov, 2008, Berezkin 2010 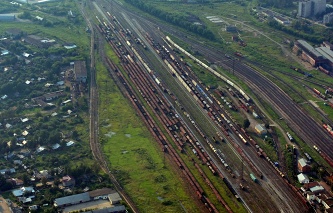 Instead, the Ministry proposes to nominate to the Board a new candidate to the Chairman of the Board of Directors of “Kaskol” Sergey Nedoroslev. The list to the position specified otherwise: adviser to the General Director of “Oboronprom”. The other Directors of the economic development Ministry has no plans to change.

The Ministry proposes to leave to the Council the new President of RZD Oleg Belozerov, the member of consulting Council of shareholders VTB Vasily Sidorov, former CEO of Deutsche Bahn Hartmut medorn and the former head of the audit chamber Sergei Stepashin.

The representative of the Ministry of economic development has confirmed the inclusion in the government list of candidates for election to the Board of Directors of Russian Railways, but personalities to discuss did not. Dvorkovich’s representative declined to comment.

One of the members of the Board of Directors of RZD indicates that the list of candidates may still undergo significant changes. After all, he now has to pass the coordination in the government and the presidential administration.