MOSCOW, February 16. The President of Russia Vladimir Putin proposed to extend the use of jury trials to district courts.

“I believe that it is necessary to expand the scope of jury trials to district courts,” he said, speaking at the Congress of judges in Moscow. However, they recognized that it is connected with serious financial expenses. 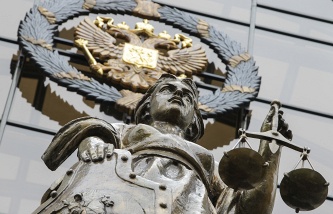 The jury trial in Russia: a dossier

“But I think that many will agree with me that if we want that the justice system was more sophisticated, influenced the activities of state institutions, the economy was more healthy, then these costs will certainly need to go. All you need to calculate and to make a balanced decision,” Putin said.

The President noted the need to reform the jury system. “It is obvious that the current system of formation of the jury summoning is far from perfect. Actually, why the jury has to be 12? Why not 20, 25, 10 or 7? There’s no scientific basis that the more jurors, the verdict fairer, and more efficient to work the system,” he said.

According to the President, the main task of the authorities is to provide the greatest possible number of citizens to elect this form of justice. However, he added, last year the number of cases considered by courts with participation of jurors was reduced by half. “This is further evidence of the ineffectiveness of the Institute in its present condition”, – said Putin.

The head of state demanded to actively recruit staff of judges, especially to courts of arbitration. 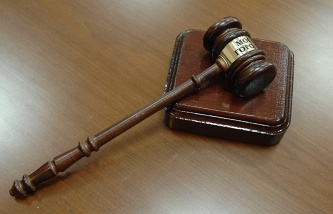 “I ask you, dear colleagues, as presidents of courts, actively promote the recruitment of judges, the President said. Still vacant, if not to say too much, especially in the system of arbitration courts”.

The head of state noted that Russia has enough highly qualified lawyers, worthy to become Federal judges. He cited data according to which, every tenth position of judge is vacant today. Nedokomplekt judges at the beginning of the year amounts to over 525 people.

According to the President, undermining the credibility of the judiciary loser actors on the basis of selfish motives is unacceptable, although to Express disagreement with court decisions right every.

“The hot topic is to put a barrier in the way of those who use criminal prosecution as a cudgel in corporate disputes, conflicts or, as they say, fight or to take property from the rightful owners,” he noted.

Media: the head of the UK proposes to enshrine in the Constitution the primacy of national legislation

“Due to the complexity of entrepreneurial activity, the risks that accompany it, is not always clear legal rules, not so simple sometimes to understand where a criminal prosecution is justified, and where, under the guise of fighting breaking the law is an abuse of the right”, he said.

“We must do everything in order to exclude such cases and to create conditions for free safe operation of the business,” the President said.

Putin reminded that at the present time we are working on the resolution of the Plenum of the Supreme court on the specifics of attracting entrepreneurs to criminal liability. “This does not mean that entrepreneurs should use special, more lenient than the ordinary citizens; the requirements of the law must be all United,” he said.

The President of the Russian Federation requested the deletion of cases of abuse of law in relation to business.

“Sometimes not so easy to understand where a criminal prosecution (entrepreneurs) is justified, and where, under the guise of fighting breaking the law is an abuse of the right”, he said.

“We must do everything in order to exclude such cases and to create conditions for free operation of the business”, – said Putin

The problems are gradually being overcome

The problems that prompted judicial reform is gradually overcome, he said.

“I think that special attention will be paid to the analysis of the progress of reform in the sphere of judicial system, – said Putin. – It began in 2014 and since that time done, but most importantly consistently overcome the problems that actually caused these changes.”

The head of state stressed that first of all made important policy steps to ensure the unity of legal interpretation and achievement of uniformity of judicial practice. He recalled that from 1992 to 2002, there were twelve plenary sessions of the Supreme and Supreme arbitration courts in coordination positions. But since 2005, increased competition between courts.