UN, 16 February. /Corr. Oleg Zelenin/. Russia presented on Monday at the UN Security Council “Express-Obzor” the most flagrant cases of disregard of international law by the USA and the UK. 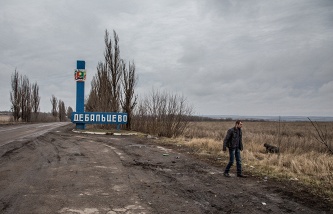 Churkin: partners of the Russian Federation abroad have a better understanding of the origins of the crisis in Ukraine

The list, covering events since the mid-twentieth century to the present day, was read by first Deputy permanent representative of the Russian Federation at the world organization, Pyotr Ilyichev in response to the accusations against Moscow regarding the events in Ukraine and the reunification of the Crimea with Russia.

“Some delegations have talked about the violations of the principles of the UN Charter, groundlessly accusing Russia of this. So that these fantasies did not create the wrong impression, let me make a “Express review” the most flagrant cases of disregard of the international law, including the purposes and principles of the UN Charter, over the past decade, especially, that they are obviously rusty,” said the diplomat on the debate, maintaining international peace and security.

Condemnation from the UN

In particular, he drew attention to the bombing of the Yemeni Kingdom city Harib in 1946, noting that the Security Council of the world organization condemned these actions in resolution 188, “stressing the incompatibility of reprisals with the purposes and principles of the UN Charter”. “In 1983 the United States carried out an armed invasion in Grenada.

The General Assembly, in resolution 37/8 called U.S. actions a “violation of international law.” Many of you probably know about the reaction to this document, the then US President (Ronald Reagan – ed. Corr.), that the news did not spoil his appetite for Breakfast,” said Ilyichev.

In his words, in 1986 the US attacked Libya, and in 1989 invaded Panama. In both cases, these actions were met with condemnation from the UN General Assembly, which described them as a violation of international law.

The Russian diplomat noted that violations of the UN Charter was ascertained and the International court of justice. “For example, in the first in its history, the judgment in the case concerning the Corfu channel, 1946, the court recognized the fact of violation by great Britain of the sovereignty of Albania. A well-known decision in the case Nicaragua V. USA, 1986. The court expressly noted that the United States violated the sovereignty of Nicaragua and the norm of non-intervention in internal Affairs and non-use of force”, – stressed Ilyichev.

From Yugoslavia to Syria

As stated zampolpreda of the Russian Federation, “the irresponsible attitude” of the U.S. and its allies to the Charter of the United Nations continued and resulted in the bombing of Yugoslavia in 1999, and during the invasion of Iraq in 2003. Following were Libya, in which “ostensibly disinterested help from outside sparked a fire that destroyed the state and left in its place the ashes and chaos”, the diplomat said. 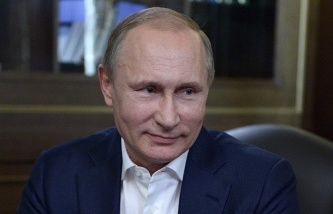 In his words, “it is unlawful interference in the form of illegitimate airstrikes or supply of arms to non-governmental armed formations” have led to the growth of radical movements in Syria that ultimately “resulted in the emergence and strengthening of such terrible phenomena”, as a terrorist group “Islamic state” (banned in Russia).

“The effects of the intervention in Libya and Syria are striking in magnitude. This terrible suffering of peaceful people, and the destruction of the cultural heritage of humanity, and the unprecedented migration crisis,” said Ilyichev.

He noted that 70 years after the end of the Second world war, the basic principles underlying the system of international relations, “become for some an inconvenient hindrance and, as a consequence, subjected to all kinds of interpretations, or just get round”. “Apparently, the presumption of exclusivity allows some States long ago put himself above the goals and principles of the UN Charter”, – concluded the diplomat, beating the infamous statement by President Barack Obama about the “exceptionalism” of the American nation.

The foreign Ministry of Venezuela: Syria trying to split

The debate in the UN security Council was held under the chairmanship of foreign Minister of Venezuela Delcy Rodriguez. She stressed the need to respect state sovereignty and other fundamental principles enshrined in the UN Charter: the right of peoples to self-determination, the peaceful settlement of disputes, to promote a spirit of cooperation and non-aggression. 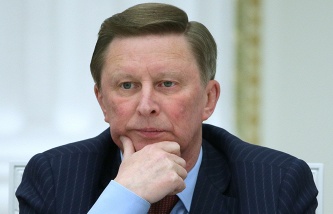 Sergei Ivanov: the use by some countries of the “law of the jungle” in world Affairs is dangerous

Touching upon the situation in Syria, Rodrigues pointed out that Arab country trying to shatter to pieces, ignoring the will of the people. According to her, in the internal Affairs of Syria interfering “certain States, which are priority to their own national interests.” The Minister drew attention to the fact that while developing countries adhered to the UN Charter, the rich powers act against him, resorting to “unilateral acts of aggression” and demonstrating the capitalist quest for domination in the market of natural resources. According to Rodriguez, this has led to increased economic inequality, discrimination, Islamophobia, and to undermine the right of peoples to self-determination.