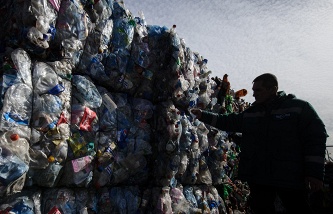 Earlier it was reported that the Lebanese government approved the agreement with the British firm Chinook, which provides for the removal of household waste in the Russian Federation.

“In early February, the Ministry of environment appealed to law enforcement bodies on the fact of forgery of documents associated with the permit to export waste from the territory of the Republic of Lebanon to the Russian Federation. Up to this point in the Ministry of natural resources asked the staff of the Embassy of the Republic of Lebanon and reported that they had received a letter where we inform about the readiness to disarm our country, i.e. the territory of the Russian Federation, the so-called municipal waste. The Ministry of natural resources of such letters were sent. The document that we received from the Embassy of the Republic of Lebanon, is a forgery. In particular, the forged signature, seal and the form of the document. The document is not registered and there is no room,” said Gudkov. 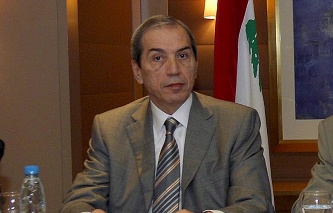 Media: the Lebanese government approved the deal on the export of waste to Russia

He noted that the procedure of obtaining permission for import of waste is very formalized and complex and beyond the competence of the Ministry of natural resources.

“The issuance of permits for the importation and transboundary movement of waste is not the responsibility of the Ministry of natural resources. These relationship are regulated by the Basel Convention. Administrative authority of this Convention is to Rosprirodnadzor. The procedure of import permits is strictly regulated and it requires countries party to the Convention, from another foreign state to provide notification on the appropriate form and obtaining the required permit from the administrative authority of the Convention. We, for our part, on the fact of the forgery has asked the police to the participants of these illegal actions. And to be clear, who are interested in all of this. And that the participants in these actions must bear responsibility”, – said Gudkov.

Kuban denied the information about the disposal of the Lebanese trash

The authorities of Kuban also denied the information about waste disposal from Lebanon in the region, told correspondent TASS in the Ministry of fuel and energy complex and housing and communal services.

“Information about such transactions in the Ministry there. Such agreements have never been concluded. Generally the message looks like junk fiction. Moreover, in the Krasnodar region resort of the subject – no equipment for the incineration of garbage,” said the Minister, Alexander Voloshin.

Earlier it was reported that the Lebanese government approved the agreement with the British firm Chinook, which provides for the export of waste to Russia. This was reported by the Lebanese newspaper “Ørjan jour” the President of the National Council for development and reconstruction Lebanese Republic, Nabil Jisr.

According to him, the contractor undertook to provide the authorities with all the necessary documents in the next few days, so that by the end of the month to start garbage collection. “As soon as we receive them from the Bank guarantee, we will transfer the required amount,” said Jisr. According to him, the Cabinet of Ministers has allocated for the first phase of the transaction is $ 50 million.

Thus Jisr did not indicate in what region of Russia will be directed containers with household waste. According to the radio station “South Lubnan”, it is about the Krasnodar region.

“Garbage crisis” in Lebanon occurred on 17 July last year after closing on the insistence of environmentalists, the dam in Naama (20 km from Beirut). The coalition government of Salam Tamama because of disagreements has not been able to find solutions to the serious problem of waste disposal. As a result, on the outskirts of Beirut and other cities have accumulated tons of garbage. Members began the protest movement has held several mass demonstrations in the city center, demanding the resignation of the Cabinet of Salam. Their attempts to seize government buildings were stopped by the police. After the authorities have been unable to find a site for a new dam in Lebanon, it was decided to export the waste abroad.