Program of military support of U.S. allies in Europe could be increased fourfold in the coming year. Last week the Pentagon announced the project settings in the defense budget beginning on 1 October 2017 fiscal year. It sets out the increase in the budget “Initiative to ensure the security of Europe” (European Reassurance Initiative — ERI) with $800 million in 2016 to $3.4 billion Expenditure of the project of the U.S. defense budget for fiscal year 2017 is $582,7 billion Is $2.4 billion more than the military budget of the previous year.

As noted by the American publication Defense News, the draft budget of the Pentagon demonstrates that its developers have tried to respond to short term challenges facing the States on the basis of which one can recognize that the buildup of European defence capabilities for deterrence of Russia is not less important objective for American military strategists than fighting banned in Russia “Islamic state”. Budget operations against terrorist groups operating in Syria and Iraq, is scheduled to be $7.5 billion, more than double this year.

The ERI initiative was developed by the U.S. Department of defense in 2014, in response to a new challenge: after the annexation of Crimea the relations between NATO countries and Russia is cold, in June of that year, U.S. President Barack Obama in Warsaw announced about the necessity to ensure the safety of U.S. allies in Eastern Europe. As pointed out by (*.pdf) U.S. Department of defense, his plans include increasing the presence of U.S. troops in the region, to intensify bilateral and multilateral exercises and modernization of the military infrastructure for the purpose of expediting response.

The strategists of the Pentagon suggested to deploy in Eastern Europe additional brigade of the U.S. army of nearly 5 thousand soldiers. The new team will not have a constant dislocation, and will relocate from country to country, including Poland and the Baltic States. The total strength of the regular armed forces of Latvia, Lithuania and Estonia — about 10 thousand people, in these countries there is no air, no Navy. The budget increase fourfold ERI needs to do just that.

Explaining, which will be spent on the planned $3.4 billion, the US Ambassador at NATO Douglas Lute said at a press briefing last week that half of this amount will go to advance the deployment of military equipment in Europe. “We are deploying military equipment not for the purpose of training, and in order to warfare. Configuration allows you to bring units from the U.S. in a given area to a deployed military equipment,” he said. According to Lewt, on the basis of the brigade can be deployed, the division headquarters — already numbering from 15 thousand to 20 thousand people. The team will get tanks, infantry fighting vehicles M2 Bradley mechanized and artillery units. “This is a very serious weaponry on the brigade level, which is important for NATO allies, said Liu. — We will ensure long-term use of these forces and means.” In addition, the team will provide air support, and combat service support.

“The creation of a military brigade is a serious step forward in comparison with the contingent of 150 American soldiers, who currently alternately based in Poland and the Baltic States, where they conduct joint military training. The team will not be able to stop a tank offensive, but it definitely helps to contain and repel the invasion of “little green men”, which Vladimir Putin has used in Crimea and Eastern Ukraine,” writes The Wall Street Journal. 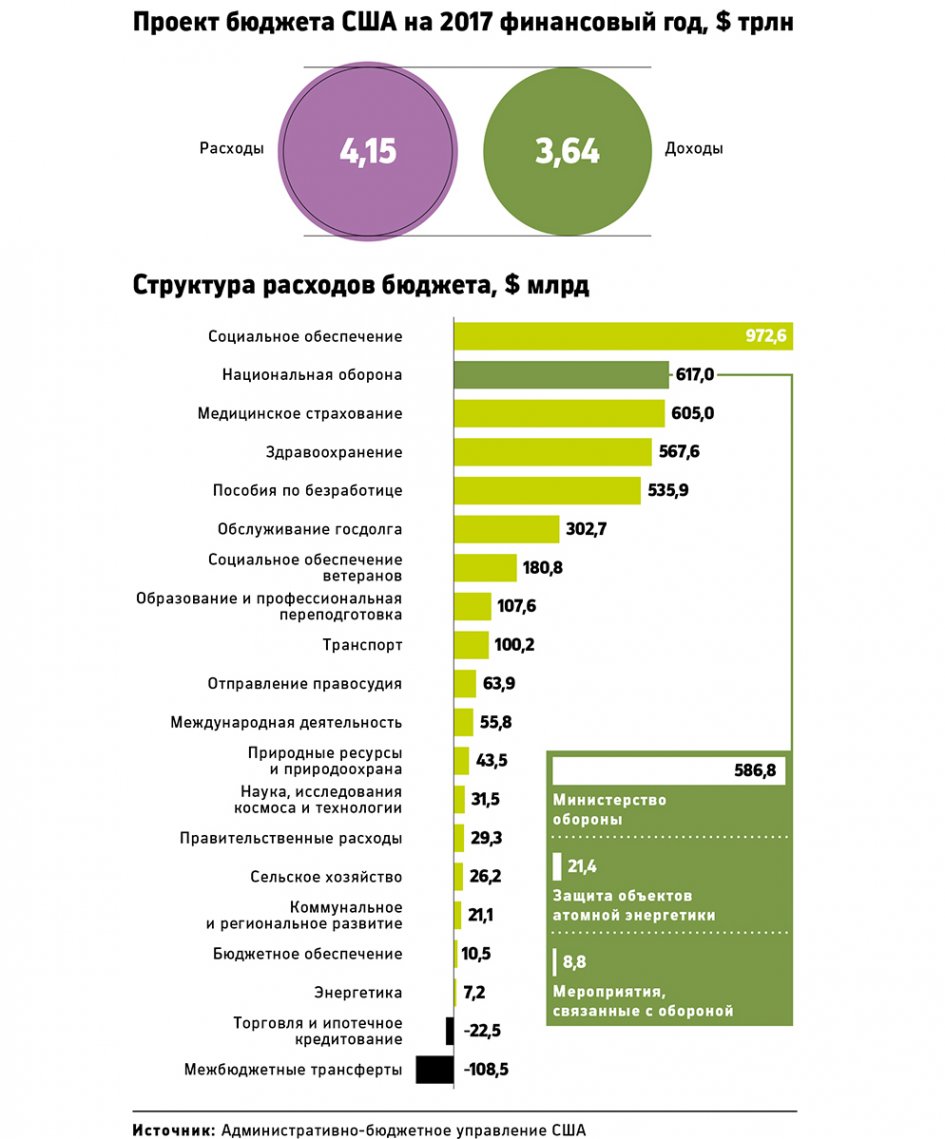 “With increased funding ERI USA will take 15-th place among European countries in terms of military spending in 2016,” — said in comments to Defense News, the Weights Rajendran, researcher of the programme “defence and Economics” at the International Institute for strategic studies. With the 2008 crisis in many European countries decreased the level of combat readiness due to the reduction of military expenditures, the expert adds. Most NATO countries spend on defense less of a target (2% of GDP) set by the Alliance.

“Increase combat readiness and interoperability through ERI, apparently, will have a multiplier effect on the level of training and their ability to resist revanchist Russia”, — concludes Rajendran.

Despite a fourfold increase in program funds is relatively small in all the military budget of the United States, believes military analyst Vladimir Yevseyev. But the fact of the increased funding and the establishment of a full brigade of readiness suggests that the West came the need for increasing military groups. “From Russia, this will require the deployment of offensive potential, so that in case of conflict, we could split the crew, destroy the supply chain and out to the Baltic sea — said Yevseyev. — Actually we are being forced to create controtelai, to go by the growth of confrontation.”

In June last year the Russian defense Ministry promised to respond to the emergence of heavy weapons the US in Eastern Europe. In Moscow already talked about the plans for rearmament until 2018 missile brigade in Kaliningrad region operatively-tactical complexes “Iskander-M”. Last fall, they discussed the placement of the Bobruisk-based regiment, which will be the su-27.

Scheduled for 2017 military budget by $22 billion less than predicted earlier by the Pentagon. Of this amount, $5 billion transferred from the base expenditure items in a separate budget for foreign operations in emergency situations, for $5.6 billion in reduced fuel costs and increased technological efficiency. Another $11.2 billion American military Department will save on the purchase of Apache helicopters and Black Hawk, fighter-bombers F-35A, transport aircraft C-130J, convertiplanes V-22 Osprey and army all-terrain vehicles.

According to Capital Alpha Partners analyst Byron for Kellan, a decline in purchases of existing combat platforms would help the Pentagon to switch to the development of new development allocations in the draft budget has grown from $69 billion to $71.8 billion, “We are catching up with others, so we are really going to focus on some of these threats,” he explains the logic of the Pentagon in a conversation with Defense News. The publication also quotes the head of the Director General of the French armed forces armaments Laurent collet-Biyona, which characterizes the American approach to the financing of the army: “We can cut production, slow down a bit, but we never reduce [the cost of] technological innovation”.

Total expenditure within the parameters agreed last year between Democrats and Republicans in the framework of the “budget deal” that allowed the Obama administration to once again raise the debt ceiling. However, this amount is almost $600 billion does not meet many of the players.

So, my concerns that this level of expenditure does not meet the needs of American armed forces in modernization and innovation, already expressed by the head of the National Association of the defense industry Craig McKinley. “We urge Congress to continue non-partisan work, and to continue steadily to meet the needs of the [Ministry of defence] to ensure long-term functioning structure of the armed forces, their combat readiness, and primarily their modernization,” — said in a statement on behalf of the application. A similar opinion is shared by the aerospace industries Association in its statement the group said that the alleged project is the reduction of procurement “increasing the risk to our troops, makes future military operations more costly, as the efforts for future upgrades”.

According to Kellan. from Capital Alpha Partners, about a possible increase in funding from Congress to speak early. “You can be, and will be able to allocate more money for defense, but Democrats will not allow this to be done if he doesn’t get the same piece for the non — defence spending,” he says.