MOSCOW, February 17. Sent on Wednesday to resign at his own request ex-Governor of Transbaikalian territory Konstantin Ilkovsky has decided to leave his post after criticism of the government. He stated this. 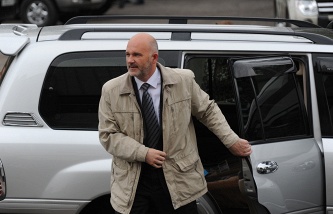 Mironov: Ilkovsky has resigned as head of Transbaikalia for personal reasons

“Were the claims by these or other government leaders, so I decided that in these circumstances it is better to make such a decision. I asked, and he (the President of the Russian Federation – editor’s note) it was accepted”, – said Ilkovsky.

Regarding future plans, the ex-Governor said: “the Plans are very large, now need to complete all the work, to transfer those cases. Then still three years of the Governor’s work – is such a thing-it is intense enough, so a little sleep and start”.

The resignation of the head of Transbaikalia

The President of the Russian Federation Vladimir Putin on February 17 signed a decree on early termination of powers of the Governor of Transbaikalian edge.

Acting head of Transbaikalia has not been scheduled yet, said press Secretary of the President Dmitry Peskov. “As the candidate appears and the President will make the decision, we will inform you”, he said.

Last year in Transbaikalia began to have problems with paying salaries of teachers, health professionals and social workers. Last week the President of Russia Vladimir Putin instructed Prime Minister Dmitry Medvedev and the presidential administration to analyze the situation of non-implementation of the programme of resettlement of dilapidated housing in the Republic of Karelia and the TRANS-Baikal territory.