MOSCOW, February 16. The head of the Russian presidential administration Sergei Ivanov headed the working group on monitoring and analysis of law enforcement activity in the field of entrepreneurship, created by the decree of the President of Russia Vladimir Putin. He reported about it to journalists.

According to the head of the Kremlin administration, it consists of 4 representatives of large business associations – RSPP, CCI, OPORA Russia and Delovaya Rossiya, and representatives from four law enforcement agencies – the Prosecutor General’s office, investigative Committee, interior Ministry and FSB (Federal security service first Deputy Minister or Deputy Minister). “To chair the working group assigned to me”, – said Ivanov, saying that from the Kremlin in the structure will operate also the assistants to the President of the Russian Federation Andrey Belousov and Larissa Brycheva.

According to the head of the working group, “it will meet a minimum of once a quarter.”

The working group on monitoring of law enforcement activities in the field of entrepreneurship will not consider a particular case, its activity will be aimed at facilitating the functioning of fair and transparent business, said Ivanov. 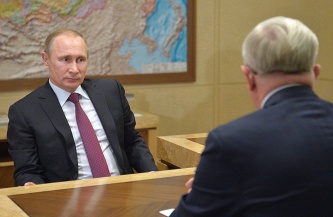 “In General, this working group aims to improve the investment climate, facilitate conditions for conducting fair and transparent business”, – said the head of the Kremlin administration, stressing that it “does not mean that any of our business honest and transparent.”

The head of the Kremlin administration also reported that at the meetings of the working group will discuss the problematic issues in the relations between business and law enforcement. “You know that’s not always possible to find a in this sense, a common language,” – said Ivanov. He recalled that the President of the Russian Federation Vladimir Putin repeatedly, including today (at the seminar-meeting of judges), drew attention to the facts when law enforcement bodies detain those or other businessmen, and during the time that the investigation is ongoing, their business is in decline.

“These are the moments the President asked to pay special attention,” said Ivanov.

Earlier Tuesday, Putin announced that he had signed a decree on the working group on monitoring of law enforcement in the field of entrepreneurship. According to the President, the group will analyze the law enforcement practice and discuss issues necessary for further study to the legislative or Executive level, which arise in relationships between business and law enforcement. 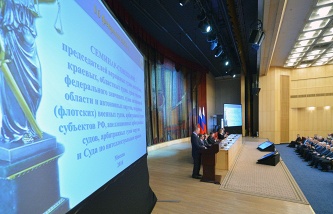 The formation of such a group was yesterday at a meeting of Putin with President of the Russian Union of Industrialists and entrepreneurs (RSPP) Alexander sechinym. According to the head of state, it is necessary at the site of the presidential administration to build a dialogue between business and law enforcement field, but not direct, but mediated by the Kremlin. This will allow to formulate a claim, not a separate business companies, natural or legal persons, and whole associations of entrepreneurs, including RSPP, TPP, “Business Russia”, “OPORA Russia”.

Putin suggested that the state on this site could work such ministries and agencies, the Prosecutor General’s office, the Ministry of internal Affairs, FSB, Investigatory Committee. Putin suggested that such a group level by a specially appointed Deputy Ministers could once a quarter with the mediation of the President’s administration to hold meetings and to identify vulnerable points and things that concern the law enforcement system and the business community