MOSCOW, February 17. The heads of the two chambers of the Federal Assembly Valentina Matvienko and Sergei Naryshkin submitted to the state Duma the draft law “On protection of rights and legitimate interests of individuals in the implementation of activities to repay debt”, which regulates the work of collectors for debt collection. This was reported by a source in the upper house of Parliament.

Than the justified introduction of the bill

The authors of the bill claim that the debt of citizens to credit and micro-credit organizations is growing, but methods used by collectors when debt collectors often violate the rights of citizens . 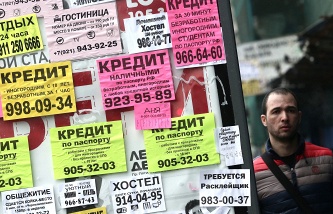 “Anticollection” the law of the Penza deputies submitted to the Duma

“According to Bank of Russia debt on credits granted to natural persons – residents, during the period from the beginning of December the crisis year of 2009 until early December 2015 ODA increased 3 times, while the arrears for the same period increased by 3.6 times,” – noted in the explanatory Memorandum. In addition, “during the period from early January to early December 2015, the volume of overdue debts of debtors – physical persons has grown by more than 23%”.

“With growth of volumes of consumer crediting increase the potential number of debtors – individuals, whose rights may be violated by the application of unfair practices related to debt collection, in connection with which this question gets a special urgency and social significance,” note the authors of the bill. The “current legislation contains no explicit General rules, the constituent elements of unfair practices and actions of claimants, there are also no legislative mechanisms aimed at preventing the Commission of the claimants actions that violate the rights of debtors”. The submitted document is intended to “create conditions to ensure adequate protection of the rights of the debtors” debt collection and also to organize “the activities of legal entities engaged in debt collection on a regular basis.”

The document spelled out the rules of interaction with the debtor banks, microfinance institutions, other creditors and persons engaged in debt collection (collectors). The draft law introduces the rules of interaction with the debtor. In particular, the collector has the right to call the debtor not more than 2 times a week and to see him more than 1 time a week. Prohibited communication with debtor from 20:00 to 9:00 on weekends, from 22:00 to 8:00 PM on weekdays. When interacting with citizens collectors are prohibited to use devices that hide the caller’s number and email address. In this case, “the debtor at any time has the right to refuse interaction with the collector or creditor or to determine its representative” (terms will be defined during the second reading of the document in the state Duma). 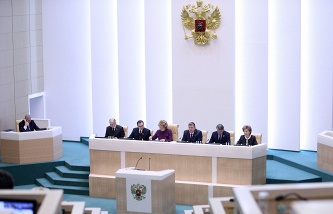 Matvienko: the Federation Council is ready to extend police powers to monitor the collectors

“The transfer of personal data about the debtor to the claimant, acquired the right of claim is allowed only with the personal consent of the debtor, is recorded in a separate document,” as stated in the accompanying documents. The collector is also required to keep a list of employees having access to customer information, and the documents and recordings proving the interaction with the debtor, must be kept for 3 years.

When you perform activities to collect debts “are not allowed the use of physical force, threats of its application, the personal injury, property damage, psychological pressure, misinformation, etc.”. In addition, the “not allowed message about a debt to third parties, including relatives and colleagues, as well as the disclosure of information about the debtor by making them available on the Internet, on the building, a residential building for an unlimited circle of persons”, stated in the accompanying documents. Collectors are also not allowed to cooperate “with legally incapable persons, as well as in medical institutions, invalids, and minors.” 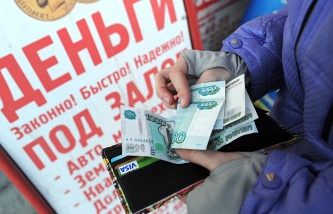 The collectors suggested to introduce compulsory regulation in the industry

The activities of debt collection will not be tolerated “employees who have been convicted for crimes in the sphere of economy and public security, and leaders with tainted business reputation”, stated in the accompanying documents.

Responsibility for violation of the rules

Regulation and control over the activities of debt collection will be implemented by the body authorized by the government, he will maintain a register of collection agencies. The penalty for violation of the rules of interaction of the collector with the debtor in the case of the adoption of the bill will be increased 10 times – up to 2 million rubles.

The speaker of the Federation Council Valentina Matviyenko has reiterated the need for speedy adoption of the law on collection activity, which in its current form, according to her, had acquired the character of “criminal business”. After the tragedy in Ulyanovsk, where the fault of the collectors of the serious injury received a year-old child, the head of the Federation Council called for the suspension of collection agencies prior to the adoption of the law.