MOSCOW, February 17. Insurance companies rank first in the number of citizens in the Service for protection of financial services consumers and minority shareholders, which considers complaints on non-credit financial institutions (NFE) originating in the Bank of Russia. 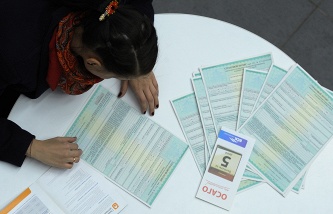 Scandalous “motor” to keep insurers in the black

Regarding insurers, the Russians most complain about the incorrect use of a companies discount for accident-free driving, is spoken in the message of the regulator.

For the fourth quarter of 2015, 77% of all calls received were related to the activity of subjects of insurance business, the vast majority of them (82%) were complaints about the CTP, where, in turn, 80% of claims addressed the issue of an incorrect calculation of the coefficient “bonus-Malus” (MSC), i.e. discounts or premiums for accident-free driving.

“Overall for 2015, insurers remained in the lead among the LN number of complaints, in particular regarding compulsory motor third party liability insurance. In addition to the application of the MSC, applicants complained about the imposition of services (26%), and also on refusal in the conclusion of the contract (20%),” – said in a press release.

The second highest number of appeals, but with a considerable lag, keep MFI – 12% of complaints for the fourth quarter of 2015 and 9% for the full year. Citizens also sent complaints against issuers and professional participants of the securities market, as well as the actions of subjects of collective investment, credit consumer cooperatives and others. However, in total the share of these minor complaints, notes of the Central Bank.