MOSCOW, February 17. The Board of Directors of JSC “inter RAO UES” approved the provisions of the option plan for management, said in a statement. 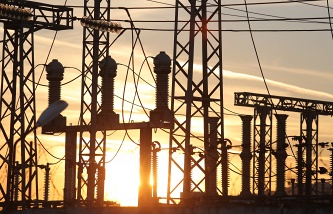 The size of the option plan is 2% of the share capital of JSC “inter RAO”. The right to buy shares at the market price will be assigned to key managers, providing a contribution to the implementation of the group’s strategy and long-term growth of the company value, the report says.

The duration of the program is two years from the date of the decision by the Board of Directors.

Previous share option programme of the group ended last year. Her settings were such that managers began to use it. So the whole package that was planned for the option that remained was 2% of shares of JSC “inter RAO UES” (part of the package, which is owned by “inter RAO Capital” – approx. ed.).

As reported previously, the newspaper “Vedomosti”, a new optional program for the management will be able to take advantage 45-49 senior managers, including the Chairman of the Board of the company Boris Kovalchuk. The program lasts two years, after this time, the top managers will be able to buy 2% Treasury shares at an average price of six months prior to her approval (now it’s 1.25 roubles per share). At this price, the 2% of shares of “inter RAO” worth 2.6 billion rubles. In 2014, Board members received 526,7 million rubles, the data for the year 2015 yet.

The group “inter RAO” – a diversified energy holding present in different segments of the electric power industry in Russia and abroad. The company occupies leading positions in Russia in the field of export-import of electricity, actively increasing its presence in the segments of generation and distribution, as well as developing new areas of business. The strategy of “inter RAO UES” aims at creating a global energy enterprise and a key player in the global energy market, a leader in the Russian power industry in the area of productivity. Installed capacity of power plants that are part of the company and under its management amounts to about 35 GW.