WASHINGTON, February 17. /Corr. Andrew Shitov/. Former U.S. Treasury Secretary Larry summers urged to withdraw from circulation banknotes of €500 and $100 in the fight against crime and corruption. In comments published Tuesday, the newspaper The Washington Post, he referred to new research on this topic, prepared at Harvard University in the research center on studying of problems of business and public administration, which he now heads. 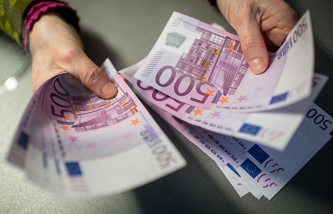 Summers recalled that earlier objected to plans to release in EU banknotes in €500, but achieved nothing, because in this step, insisted Germany. Now, as described in the new study, the world has to reckon with the fact that the sum of $1 million in these banknotes weighs just 2.2 lbs (less than 1 kg – approx.). Twenty dollar Bank notes for the same amount of “pull” more than 50 pounds (about 23 kg), indicated for comparison summers, adding that “in certain circles banknote €500 known by the nickname “Ben Laden”. Besides, she added, quoting the new work, modern technology “eliminates any need that ever could exist, in banknotes of high value for legitimate Commerce”.

“Probably thinking about that step, as the removal of the existing banknotes, means to go too far,” he continued his reasoning specialist. “But a moratorium on printing new banknotes with high face value would make our world a better place,” he argued. According to summers, the first step on this journey must be done by the Europeans, and the European Commission and the European Central Bank “have expressed sympathy for this idea.”

“Even better than the adoption of unilateral measures in Europe would be the conclusion of a global agreement on the termination of release of banknotes worth more than, say, $50 or $100, – said summers. – Such an agreement would be no less significant than any other measure “seven” or “twenty” in recent years. China, which in September will host the next forum of the “twenty”, has made fighting corruption a Central part of its economic and political strategy. In more General terms, when such demonstration is very necessary, global agreement on the termination of release of banknotes of high dignity would have shown also that the world financial organizations in condition to oppose “big money”, for the interests of ordinary citizens”.