MOSCOW, February 17. Interest rates under the state program of subsidizing of mortgage lending in the first 3 years of payments should be reduced to 7%. About it on Wednesday was declared to journalists by the first Deputy Chairman of the Committee on housing policy and housing and communal services of the Russian state Duma Elena Nikolaeva on Russian investment and construction forum. 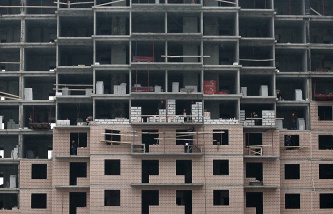 The Ministry of Finance of the Russian Federation: the amount of mortgage loans may be increased up to 1 trillion rubles

“Today provided state subsidies to mortgage lending rate is 12-14%. A reduced rate of 7% in the first three years of payments will undoubtedly be an incentive to buy for people interested in purchasing housing,” she said.

Nikolaev gave evidence that as a result of such measures the number of potential borrowers at the age from 30 to 49 years, may increase from the current 9.7 million to 30 million people. “The growing number of potential borrowers is more than three times allows you to count not only on the restoration of the market of mortgage lending to levels seen in 2014, but also its considerable growth, which will improve the construction industry in Russia and to prevent mass bankruptcy of developers,” she said.

The MP said that the compensation of shortfall in income of the banks possible through public subsidies. “Given the fact that support for the industry will provide a multiplier effect in the form of increasing of a number of related industries, including will prevent bankruptcy of industrial enterprises, rising unemployment, will keep tax revenues in the budget, the measure is quite adequate and justified. Our calculations show clearly that every dollar state subsidies in 2015 has brought to the budget from 11 to 15 rbl. of taxes”, – said Nikolaev. 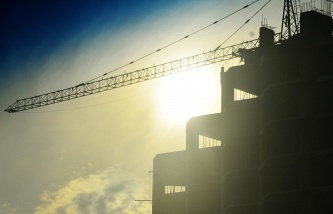 Rosreestr: the number of mortgage agreements and shared construction in 2015 decreased by 20%

She added that the support of the state mortgage lending the required minimum during the year, otherwise the share of mortgage sales in total transactions will fall twice already for 2-3 months.

Another measure to stimulate demand and support the construction industry may be classified as primary housing market of new buildings the age of one year that will this year be added to the program of state subsidies tens of millions of square meters of housing.

Nikolaev noted that the state and the representatives of the construction industry should consider a partial expansion of the program of state subsidies for second homes.

Earlier, the head of AHML Alexander Plotnik stated that the reduced rate of 7% is impossible. And the Minister of construction and housing Mikhail Men reported that the rate in the framework of the extension is 12%, but specific regions and the participating banks can offer more favorable conditions if their economy allows.