MOSCOW, February 17. Moscow was aimed at a constructive relationship with Ankara, and therefore did not go to a public denunciation of the interaction of Turkey with the group “Islamic state” (IG, is prohibited in Russia). About this on air of the TV channel RT, said the official representative of the Russian foreign Ministry Maria Zakharova. 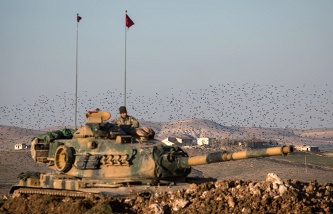 “We worked in the Vienna format, we worked with our partners on a bilateral basis and convince them that it’s not necessary to do what is wrong,’ she said. Perhaps it was necessary to talk about it publicly, but we assumed that we must not create additional tensions and that we need to resolve this issue.”

Commenting on the Turkish side of the shelling positions of the armed forces of the Kurds in Syria, Zakharova called it “an absolute outrage”.

“In terms of signing and acceptance of the Munich statement of the International support group Syria, when all countries set their sights on ending the violence, Turkey has shelled towns across its border, diverting money, people, material and technical means. Simply because can’t worry about what those areas freed from the terrorists, the extremists – from those whom they have so long been cultivated there for so long and supported”, – said the representative of the Russian foreign Ministry.