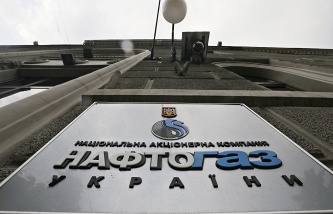 “The first time I heard (about the asset). From 16 March (2014) in Crimea of Ukrainian assets there. “Naftogaz”. Nothing to discuss about. This is their own business, they can consider anything. Let Brussels go,” he said on air “Russian news service”.

Earlier it became known that “Naftogaz of Ukraine”, in accordance with the terms of the agreement on mutual protection of investments, sent an official request for consultations and negotiations with representatives of the Russian Federation in order to resolve the dispute about the assets in Crimea. In this case, if the dispute is not resolved through negotiations, “Naftogaz” intends to refer it to arbitration.

March 11, 2014 Supreme Council of Crimea and the Sevastopol city Council on the background of political crisis and change of power in Ukraine adopted a Declaration of independence of the Autonomous Republic of Crimea and city of Sevastopol.

March 16 on the Peninsula with a turnout of over 80% held a referendum, the results of which for the reunification with Russia voted 96,77% of voters of the Republic of Crimea and 95.6% of the Sevastopol.

March 18, was signed the Treaty on the adoption of new constituent entities within the Russian Federation. Ukraine, the U.S. and the European Union refused to recognize the independence of Crimea and its reunification with Russia.