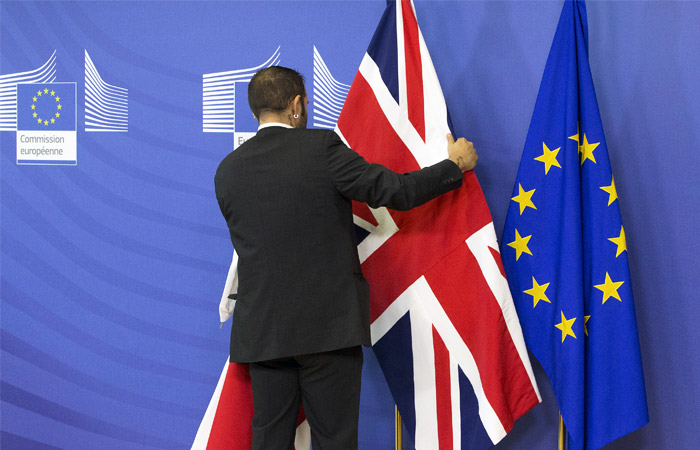 Moscow. 16 February. Most of the leaders of the British and German companies are opposed to a possible exit of the United Kingdom from the EU (so-called Brexit), which will be decided in a referendum, according to a survey by British research Institute Economist Intelligence Unit, commissioned by the German Bertelsmann Foundation.

Among the consequences of Brexit they call numerous negative factors for the labour market, trade and investment in their areas and, in particular, for their enterprises, says Deutsche Welle.

According to the findings, 79% of the surveyed entrepreneurs, managers and staff in leadership positions, want to see Britain remain in the European Union. In Germany in support of this scenario suggested that 83% of respondents in the UK – slightly less than 76%. Most among British businessmen supporters maintain its membership in the EU was in the ranks of the representatives of the processing industry, high-tech companies, retail sector and consumer goods – these industries are against Brexit 80% of respondents.

An unequivocal result is surprising, as in the Brexit was chosen as optimum for the British scenario. According to him, the country will secede from the EU as a political organisation, kraniv the economic benefits of EU membership – left the party of his total domestic market. Thus, Britain would get the status, similar to what are now Switzerland and Norway.

However, even in this embodiment, a partial exit from the EU respondents fear serious consequences for the economy. Thus, 42% of respondents (44% of British and 39% of Germans) predict a negative or very negative impact of Brexit on the national labour market. Only 13% believe that such a step will have a positive impact on employment.

The negative effect predicted business leaders and their industries: 38% of respondents fear negative impact on trade volumes, 33% – expect reduction of investments, 34% had deterioration of the situation with unemployment. The size of British entrepreneurs more pessimistic than their colleagues from Germany.

Brexit is threatened by the companies of the respondents, believe they. Three years after a possible British exit from the EU 36% of entrepreneurs expect the collapse of trade, 31% drop of investment, and 29% negative impact on employment levels in private firms.

Negative expectations entail and appropriate management decisions. So, almost every third interviewed firm in the event of a Brexit, or will limit their production capacity or even outsource production from the island to another place. Moreover, such plans represent both the German and British businessmen.

This attitude is most strongly manifested in the ranks of IT companies here about a hypothetical reduction of its presence in the UK 41% of respondents. Skeptical and companies from the financial sector (33%).

“On the eve of the talks (about the future of London in the EU – approx. APIs) managers in the economy on both sides of the channel tell us, we’ll lose a lot in the event of Brexit. Concerns about jobs and welfare losses is a real threat,” – said the Chairman of the Board of the Bertelsmann Foundation Art de Geus. Therefore, he said, European leaders have a huge responsibility to reach a compromise.