MOSCOW, February 18. The “hole” (the excess of liabilities over assets) in the capital of the Astrakhan commercial agro-investment Bank (Agrokombank) is 822,8 million rubles, according to the materials of the CBR. 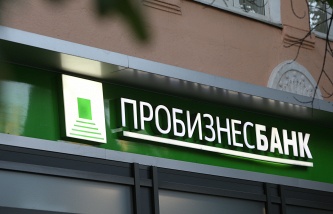 Former heads of Probusinessbank are suspected in the embezzlement of 2.5 billion rubles

“According to the provisional administration, the value of the assets does not exceed agroinkombank of 92,2 million roubles with the value of liabilities to creditors in the amount of 915 million rubles”, – stated in the message.

However, the provisional administration during the examination of the financial condition of the Bank has identified transactions with the former management of the Bank having signs of withdrawal from the Bank assets by replacing highly liquid securities (Federal loan bonds, OFZ) in illiquid promissory notes of companies of dubious solvency in excess of 75% of all Bank assets. In Agroincombank there are no original documents relating to the above transactions for the sale and purchase of OFZ bonds promissory notes.

In addition, during the audit offices established lack of funds in the amount of more than 19.6 million rubles, $185,5 million and €18,6 thousand, which, according to the explanation of cashiers, on the day of revocation of the license were seized by unknown persons at the behest of the management of the Bank.

After the inspection, the Central Bank sent information about financial operations with signs of criminal offences conducted by the former management and owners of Agroinkombank, the General Prosecutor’s office, interior Ministry and the Investigative Committee for review and appropriate procedural decisions.

The Bank of Russia revoked the license of Agroinkombank 2 November 2015. According to statements by total assets the Bank ranked 581-e a place in Russia’s banking system.