The UN, on February 17. /Corr. Oleg Zelenin/. Turkey is helping the terrorist group “Islamic state” (IG, is prohibited in the Russian Federation) to train fighters not only to participate in the Syrian conflict, but also for possible return to Russia. This is stated in the letter sent to the UN Security Council by the permanent representative of the Russian Federation at the world organization Vitaly Churkin. 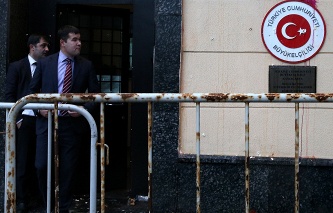 VTSIOM: Russians believe relations with Turkey are strained and hostile

“According to available information, representatives of the Islamic state (formerly ISIS) with the assistance of Turkish intelligence services have created in the city of Antalya an extensive network of recruitment of persons entering Turkey from the former Soviet Union, for involvement in the Syrian conflict and the possible transfer to Russia”, – stated in the document published on the website of UN documents.

The permanent representative of the Russian Federation lists the names of the group of recruiters, among whom had come from Russia and Azerbaijan. “Directs the activities of the citizen of the Russian Federation Ruslan Haibullo Rustamovich (another name of Abdul baris, alias “the Teacher”), 01.04.1978 G. R., a native of the Republic of Tatarstan. She lives with her family in Antalya. Has a permanent residence permit in Turkey,” provides further guidance Vitaly Churkin.

According to him, the process of recruitment “comes to administration of temporary detention” of Antalya. “In case the consent of the detainee to accept Islam and to connect to terrorist activity, the recruiters promise to “negotiate” with the law enforcement agencies of Turkey and free services of a lawyer, a citizen of the Turkish Republic of Toolara Tahir”, – said the diplomat. According to him, temporary detention visits and other citizen of Turkey, ethnic Chechen Churaev the Sultan.

Fighters relocating to Syria and Yemen

Churkin cited the fact that only in September of 2014 from Turkey to Syria through the crossing in the village of Alikalia (Gaziantep) was ferried a group of militants “of more than 1 million people arrived from Europe and Central Asia”.

In addition, since the end of December last year, with the assistance of Turkish intelligence services “organized by the air channel the movement of ISIS militants from Syria via Turkey to Yemen with the use of military transport aircraft Turkey,” the letter reads. “An alternative method of delivery of insurgents”, according to Churkin, sea transport is directed to the Yemeni port city of Aden. The diplomat also provided information about camps in the Turkish province of Hatay, in which, with the assistance of special services of the country have created camps for “collection of illegal migrants for education and training militia extremists in Syria.”

Rehabilitation of militants and supply of weapons

According to Churkin, in wounded Syria militants are sent for rest and treatment in border areas of Turkey. So, in Gaziantep in 2014 for rehabilitation were “at least 700 militants”, said the permanent representative of the Russian Federation. 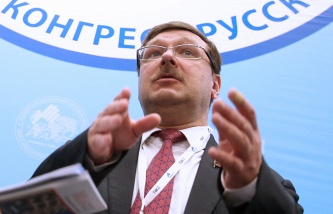 Kosachev: the refusal of Ankara sightseeing flight prevents the exit from the Russian-Turkish crisis

According to the diplomat, the delivery of different types of weapons, military equipment and ammunition “are made from a number of foreign countries to the Turkish port of Iskenderun”. From there, the weapons are exported via the province of Hatay and CAT “Oncupinar” in the Syrian cities of Aleppo and Idlib trucks belonging to the above funds. At the same time Churkin cites registration number of the car. Already in Syria the weapons and ammunition distributed to the bands of Syrian Turkmens, wrote to the permanent representative of the Russian Federation.

Churkin drew attention to arms supplies and medical supplies from Turkey and through another checkpoint – “Ceylanpinar” in the district of reyhanlı. According to him, September 15, 2014 such a cargo through the territory of Turkey “were escorted by the cars of employees of MIT (National intelligence organization of Turkey – approx. interviewer)”.