MOSCOW, February 18. /Corr. Tatiana Vinogradova/. Public sector workers in Russia may face delays of wages in 2016 in the case of the deterioration of the economic situation, however, this phenomenon will not take on a mass character and will mainly affect regions that have the largest debts to the Federal center. This was stated by the interviewed experts.

According to Rosstat, published on Tuesday, 16 February, the total wage arrears in the Russian Federation in January 2016 increased by 760 million rubles (21,3%) and amounted to 4,332 billion. In this case, the debt owed to public sector employees amounted to 2.9% of the total debt, or 104 million. According to the Vice-Premier of the RF government Olga Golodets, the payment of salaries to state employees is controlled in online mode and is not of concern.

The time to take action

At the same time, the Chairman of the Commission of Public chamber (OP) the Russian Federation on social policy, labour relations and quality of life Vladimir Slepak, commenting on a 20 percent capacity total debt on a salary in Russia, said that “the situation is clearly getting out of control.”

According to him, the “hot line” Public chamber on the overdue wages from July 2015 received more than 8 thousand cases. On late paychecks complain even employees of banks which have revoked the license. 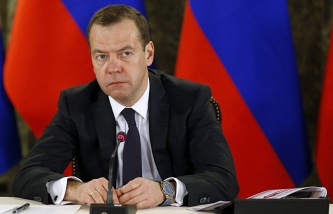 In addition, from August 2015 to January 2016 on the “hot line” Public chamber received more than 200 complaints from workers of budgetary organizations. In particular, in the OP of the Russian Federation received complaints from employees of public health organizations, medical institutions, children’s music schools, educational organisations, centres for children left without parental care. According to member OP, there were problems with the payment of wages in some territorial bodies of Federal service of execution of punishments of Russia, in military commissariats. Serving military units in the Khanty-Mansi Autonomous Okrug – Yugra also stated that there were arrears in the payment of salaries for several months. “On every such case should be checked and action taken,” added the Slepak.

Transbaikalia is paying for the debts

However, a special concern of experts is caused by a situation with debts on a salary before employees of the TRANS-Baikal territory, where did the greatest number of complaints. At the end of 2015 there’s been a few strikes by teachers, which for months could not receive the earned money.

“The Prosecutor’s office of the region said about the presence of current and overdue debts of the government of the region to workers of budget organizations for salaries of mid-January 2016 more than 75 million rubles,” – said Slepak. Even with modest salaries, managers are not able to ensure their timely payment, he said. 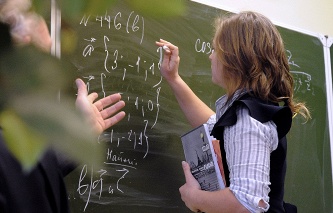 Authorities: delays in payment of salaries to state employees in Transbaikalia this year is not expected

First Deputy Chairman of the education Committee of the state Duma Vladimir Burmatov noted that the problems with paying teachers ‘ salaries in Transbaikalia recorded throughout 2015. According to him, on the initiative of the Duma Committee of the Prosecutor’s office conducted in the region of three inspections. “The duty to all public sector workers Transbaikalia in the middle of the summer of 2015 amounted to 500 million rubles”, – said Burmatov. The situation in Transbaikalia took a chronic character because of improper budget planning, which is completely within the area of responsibility of the head of the region, he said.

A senior official in the government of the Russian Federation reported that about unsatisfactory work of the Governor of Transbaikalian territory Konstantin Ilkovsky, the resignation of which he accepted Tuesday, 17 February the President of Russia Vladimir Putin who, in December, reported to the President. Moreover, according to the interlocutor of the Agency, the Governor was criticized by Federal officials not only to comply with the orders of the President for the resettlement of dilapidated housing, and multimillion debts to state employees. Ilkovsky himself explained the decision to leave his post critical of the government.

“To me, they (the authorities of the region – approx.) pay me when people have faults with salaries over, because the person who’s coming for Governor, will have some time to deal with a heavy heritage,” said Burmatov.

Experts of personnel agencies, the respondents believe that the situation with payment of salaries to state employees in General, not critical.

“Now, we do not observe wage workers in the public sector. If these cases are, they are anecdotal. However, if the accumulated reserves will dry out, and the budget deficit to grow – then it is possible that we will again see wage delays, especially in the regions with the largest debts to the Federal center”, – said the head of group of staff recruitment of personnel Agency “unity” George Samoilovich.

More often, according to him, in the public sector there has been a reduction of jobs, reduction in the bonus part of the salary and the transfer of employees part-time/part-time employment. 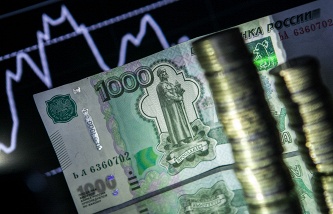 Rosstat: the real disposable incomes of Russians in 2015 decreased by 4%

Project Manager HeadHunter “a data Bank of wages” Natalia Rights noted that in 2016, serious delays in the public sector is not expected. “The state still has money in reserve, so government employees will receive salary consistently, albeit without the usual indexation. Possible point of delay in smaller companies, which, in anticipation of the delayed transfer from the state delays payments to employees. But it concerns only those who have no reserves of its own, and will not accept mass character”, – said Rights.

But then in 2016, she said, to predict the situation in the public sector is more complicated. “It’s not so bright. In 2017, if oil prices again rise, the risk of delays of wages, most likely, will increase”, – noted Rights.

In turn Samoilovich noticed that the situation with delays of salaries to state employees today different from the situation of the 90-ies. “First- there is still financial “margin of safety” of the state system, which allows you to reserve money on public sector wages. Secondly, the system of charges and payments of civil servants has become more transparent and understandable, less money “gets in the way” or “out there,” he said.

According to Rosstat, as of 1 February 2016, the wage arrears from budgets of all levels increased for the month to 31 million (40.4 per cent). Including debt from the Federal budget amounted to 57 million rubles and increased compared to January 1, 2016 for 1 million roubles (2%), from budgets of subjects of the Russian Federation of 16 million rubles, having increased by half, from local budgets – 31 million rubles, an increase of 13 million, or 70.9 per cent. Thus a month payable to educators from all budgets, including own funds of the organizations, increased in 3.1 times up to 32 million rubles, in healthcare and social services at 92% up to 30 mln rubles.