MOSCOW, February 18. Prime Minister Dmitry Medvedev urged the city authorities to work on the maximum number of technoparks. This issue the Prime Minister raised at the meeting with the mayor of capital Sergey Sobjanin.

The mayor said that in recent years appeared in Moscow 20 parks that were invested by private individuals. Moreover, if office space is now partially empty, the parks vacancy virtually no, he said, explaining that this activity has, among other things, a purely applied character and popular, including in terms of import substitution and development of entrepreneurship. 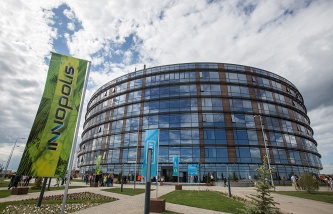 The Cabinet of Ministers of the Russian Federation has allocated 4.3 billion rubles in subsidies to build the infrastructure of technoparks

“I think Moscow is a city so big and with such a high level of education that the total number of parks here, as in every capital, by the way, but Moscow itself is huge in size, should be the maximum,” – said, in turn, Medvedev.

According to him, it is not only about new jobs and research companies. “This is, in fact, new growth points such modern high-tech economy”, – said the head of the Cabinet.

He also described as important in the industrial parks invested and private investment. Medvedev recalled that he visited together with discussed several of these objects that “look, and at the same time, made practically without attraction of budgetary funds – only infrastructure created through the city”. “Should this course continue, certainly,” concluded the Prime Minister.

Sobyanin said that the Moscow parks today, there are about 20 thousand people and their total area is about one million square meters. In his words, “this work is continuing and there has been a trend, when investors instead of building office space, administrative and repurpose their projects, assuming the construction of technology parks”. “They find it profitable, and, in conditions of excess office space, paying back faster,” said the mayor.

“Obviously, in my opinion, that in Moscow the number of places in such parks could be measured in the hundreds of thousands just due to the fact that Moscow is a huge metropolis and here, again, concentrated very high scientific strength and perfect system of education”, – said Medvedev.

The creation of a new industry

The Prime Minister Sobyanin discussed the creation of a new industry, including in the field of import substitution. The mayor reported that the city opens up new and modernizing old enterprises, many of which increase production, despite challenges.

The authorities, in turn, take support measures for which they can apply about a quarter of the Moscow enterprises, said Sobyanin.

“Moreover, the amount of this support is from 10 to 25% of tax payments”, – said the mayor, explaining that these benefits relate to taxes on property, land, profit, etc. and “depend less on the whim of officials and their views on life, and from a completely objective, transparent criteria related to level of pay, with efficient use of land and capital resources, with their development programmes”.

“We see that the number of businesses that effectively use property and land in Moscow is growing,” said Sobyanin.