MOSCOW, February 18. Prime Minister Dmitry Medvedev will hold a meeting on the implementation of the Strategy for long-term development of Russian pension system. According to the press service of the government of the Russian Federation. 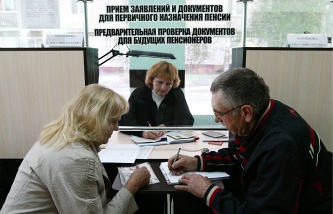 Nabiullina: the cumulative component of the pension system must be

A similar meeting on the implementation of this strategy, Medvedev in previous times spent a year ago on February 18, 2015.

The question of the pension system is one of the most sensitive for the society. Speaking earlier this month at the Congress of “United Russia” the Prime Minister assured that the government retain its objective provide a decent life for pensioners. Medvedev also said that from February 1 to 4 percent were insured indexed pension to all pensioners, except for working, and on the second this year the indexation of pensions, the government will take a decision on the results of development of economy in the first half.

In addition, in early February, the Prime Minister stressed that in developed in the government action Plan in the economy for 2016 “no raising the retirement age, about which much is spoken”.