MOSCOW, February 18. “Naftogaz of Ukraine” has sent Russia an official notice regarding an investment dispute over the group’s assets in Crimea, according to a press release of the Ukrainian company. 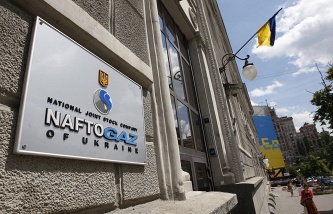 “The Russian Federation was handed an official written notification of an investment dispute under the bilateral agreement on mutual protection of investments between Russia and Ukraine”, – stated in the message.

In particular, the press release notes that the dispute concerns investment of the group of “Naftogaz of Ukraine” in the Crimea.

In accordance with the terms of the agreement, Naftogaz sent an official request for consultations and negotiations with representatives of the Russian Federation in order to resolve the dispute. In this case, if the dispute is not resolved through negotiations, “Naftogaz” intends to refer it to arbitration.

18 March of the same year the President of Russia Vladimir Putin signed the Treaty accepting the Republic of Crimea and Sevastopol into the Russian Federation and on March 21 it was ratified by the Federal Assembly.