MOSCOW, February 18. Russia calls for speedy restoration of economic relations with the EU. This was stated by Vice-Premier Dmitry Rogozin, speaking at the X session of the joint Commission on economic cooperation between Russia and the Belgium-Luxembourg economic Union.

“Of course, we are all interested in the position of business in favor of an early lifting of mutual restrictions. We have this position of shared business, support the normalization of trade relations and, of course, further development,” he said.

Rogozin noted the significant reduction of trade turnover between Russia and the EU. “If you look, the figures of trade turnover fell by about a third,” he said, explaining that to restore the relationship is always more complicated than install. 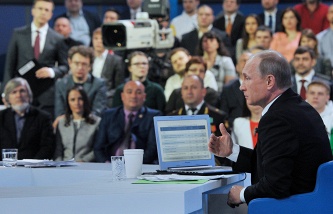 “If we talk about the subject for which I am directly responsible to the government of the Russian Federation, the issues related to the military-industrial complex, it is even more sad story for the reason that military – technical relations are usually established between countries that trust each other,” he added.

However, according to him, Russia remains optimistic. “Today’s meeting is the beginning of a painstaking and complex work to restore relations, said Rogozin. – The spirit of our recent contacts with the EU, other European countries, suggests that all maturing understanding that to live is not interesting.”

Deputy Prime Minister added that the fall in oil prices is the time “to give to breathe the business”, give it a new perspective. Rogozin told about the efforts that the Russian government is making to improve the business environment, including, the President signed the Executive order on the working group on monitoring of law enforcement practice in the sphere of entrepreneurship, which will be headed by the head of the presidential Administration Sergei Ivanov. Rogozin reminded that the elimination of unnecessary administrative barriers are being implemented “road maps” national entrepreneurial initiative. He also spoke about the special mechanism of investment contract that you can use within the SEZ and Tori.

Rogozin conveyed the invitation of Deputy Prime Minister Yuri Trutnev Luxembourg and Belgian businessmen to visit the Far East and Eastern Siberia. “There’s a lot of opportunities, interesting proposals, profitable proposals, and we will ensure necessary administrative support for the business community”, – said the Deputy Chairman of the government.