MOSCOW, February 18. Several companies, including LUKOIL, are interested in buying shares in Bashneft, but Rosneft is not among the candidates, said a senior Federal official.

“There are some real contenders. Does not claim “Rosneft” is like trying to say, it’s not there. Because someone started (hearing – approx. ed) that (the head of “Rosneft” Igor) Sechin wants to buy more and “Bashneft” – I can just say that’s not true,” said the source. Assumptions about interest “Rosneft” to buy shares of “Bashneft” first appeared in September 2014.

“We at this time will mean that privatization should not occur at the expense of credit resources of banks with state participation. If there is no money or not lend to other banks – foreign or non-state means, and there is no possibility to participate in privatization,” he said, adding that diverting money of Gazprombank, Sberbank or VTB for privatization in the current macroeconomic situation it would be wrong.

Three variants of privatization of “Bashneft”

Russia is considering three options for the privatization of Bashneft – to sell 25% of shares 50% of shares and together with shares of Bashkiria – 75% of the shares. Volume of the bag will depend on the premium to purchase, which will be ready to offer investors, said a senior Federal official. 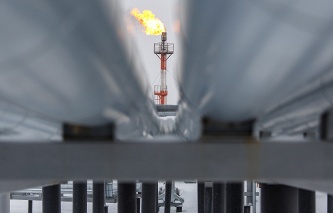 Khamitov: the MAYOR would like to implement belonging to the package of Bashkortostan “Bashneft”

Earlier Thursday, the head of Bashkortostan Rustem Khamitov said that the Ministry would like to implement Bashkiria owned package of shares of “Bashneft”, but for the Republic it is impossible.

“Bashneft is 25%, or 50%, or together with Bashkiria to decide what to sell 75%. Who are these investors, should look. How many can we get the money for premium, which increases, appearing just with control or full control. If the investor is not willing to give any premium, most likely, we will move towards a small package,” he said.

Rustem Khamitov also said that the region does not consider the sale of its stake in 25% shares and does not negotiate on this issue. In his words, for the Republic this is not possible, in particular, for cost reasons – “in this package, we now have the dividend, have the opportunity through the charity of “Bashneft” to implement significant number of projects, including sports,” said the head of Bashkortostan.

LUKOIL is interested in participating in the privatization of “Bashneft”

It was reported earlier that LUKOIL was interested in participating in the privatization of Bashneft and the purchase of a controlling stake, but has not yet made a formal proposal to the government. The head of “LUKOIL” Vagit Alekperov has specified that speech can go about 50% of the shares that are in Federal ownership. However, he suggested that the deal can go through only at the expense of cash payments, without the use of shares of “LUKOIL”.

Oil company “Bashneft” has operations in more than 20 regions of Russia and abroad. The Federal property management Agency owns 50,08% of the share capital of Bashkortostan – 25% plus one share.