MOSCOW, February 18. Specialists conducting cadastral valuation of real estate must be held responsible, if their stated value on the inventory will be challenged in court. About it at session of Presidium of the Council of legislators under the Federal Assembly of the Russian Federation, said Chairman of the Moscow city Duma Alexey Shaposhnikov.

“My proposal addresses the responsibility of appraisers in the event of incorrect assessment. That is, if this assessment was challenged in court or in a specialized organ, if the experts are unable to defend their assessment, be responsible for this,” said Shaposhnikov.

The move to levy tax on the cadastral value in Moscow in the area of taxation of property of organizations occurred in 2014, as of today, the cadastral taxation in the capital converted more than 7 thousand objects. Thus, the Commission on consideration of disputes on results of definition of cadastral cost in capital management of Federal registration service in 2015 reviewed more than 2300 applications. 1080 of them answered positively, 1225 rejected. Another 346 claims on contesting the cadastral value, in 2015 were filed in the court. The Chairman of the Moscow city Duma emphasized that prevailing jurisprudence on the satisfaction of demands of applicants.

The possibility of challenges to the cost for the previous year

Alexey Shaposhnikov turned to the Council of legislators under the Federal Assembly of the Russian Federation with a proposal to consider the possibility of challenging the cadastral value of the property of individuals for the previous year.

“Challenging the cadastral value this year, I have no influence on this cost in the previous year. The revision of the tax base for the previous tax period is not made. The amount of tax, respectively, over the previous remains the same and is not revised,” said Shaposhnikov. 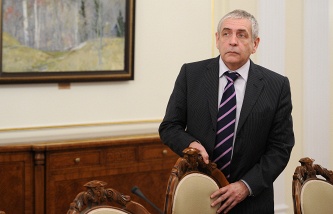 Shatalov: tax reform in Russia on a number of large areas close to completion

According to him, at the moment this is a problem for businesses. “we Can assume that the situation will stand and individuals From 1 January 2015 in Moscow completed the transition to calculation of tax on property of physical persons on the basis of the cadastral value of their property. But because the tax notification for the year 2015 the city will receive only in 2016, while it is difficult to draw conclusions about how mass will be applying for contesting the results of the evaluation”, said Shaposhnikov.

In his opinion, methods of cadastral valuation of real estate at the moment imperfect.

“A key problem associated with the transition to the taxation of the cadastral value is itself the cadastral appraisal, but rather her method, because it is massive and takes into account only the averaged characteristics of the objects. Challenging the results of cadastral valuation is quite common. That is, the mass rating is really flawed,” said Shaposhnikov.

He noted that sometimes there are situations when the cadastral value of the object exceeds its market value.

Earlier at the meeting of the Presidium of the Council of legislators under the Federal Assembly of the Russian Federation Chairman of the Federation Council Valentina Matvienko proposed to organize the state control over the activities of appraisers. She recalled that last year, the Federal Assembly adopted a number of legal acts aimed at improvement of the system of cadastral valuation. “It is critical to ensure the use of clear and understandable methods of determining the cadastral value of objects. And provide reliable state control over the activities of appraisers,” said she.