ST. PETERSBURG, February 18. The Deputy of the Leningrad area Vladimir Petrov has proposed to prohibit microfinance institutions (MFIs) to lend to individuals leaving the population use credit cards and pawnshops. Corresponding amendments to a number of Federal laws, the MP has submitted for consideration regional legislative Assembly with the aim to direct them then to the state Duma, reported to the office of the Deputy.

“Activities of collection agencies is inextricably linked with the activities of MFIs, which every year becomes more and more. The fact that applying to a lending institution for a loan, citizens are often faced with numerous bureaucratic procedures and waiting the final decision of the Bank will issue the loan or deny. Unlike credit institutions MFIs are not interested in age, experience and amount of income of a borrower required a guarantor or a Deposit”, – explained his initiative Petrov.

The MP noted that for micro-credit under huge percent return, mostly low-income citizens and representatives of unprotected segments of the population. “The activities of MFIs giving loans at huge interest, further complicates their lives. High interest rate, sometimes forcing borrowers to take illegal action for the repayment of excessive debt”, – he noted, reminding that the most expensive category of micro-loans are “payday loans” where the interest rate is over 450% to 1000% per annum. 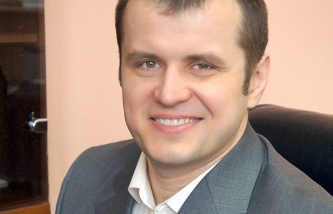 Expert: the microfinance market in 2016 will grow at a moderate pace

The bill proposes to provide that a microfinance institution can issue loans only to businesses. The ability of the population to borrow money will exist due to the wide spread of banking cards. In addition, in the case of the adoption of the draft Federal law, its action will not apply to the activities of pawnshops.

“Thus, in view of the availability of a sufficient number of legal instruments of borrowing of funds, the adoption of this law will not contribute to the increased demand from citizens for services of “shadow” financial institutions, while protecting citizens from the threat of falling into the “debt hole”, – said Petrov. He also suggested for violation of the prohibition to impose a fine for officials – from 20 to 50 thousand rubles, for legal entities – from 200 to 500 thousand rubles.

Debtors were typed for the whole city

As previously reported, 35 million of individual borrowers on consumer loans 8 million are debtors with overdue loans. The number of debtors with high arrears (over 90 days) comparable to the population of St. Petersburg – 5 million borrowers. 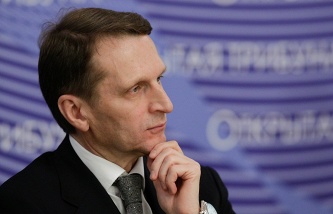 Especially sharply the question about the sewers again began to sound after a few cases that received wide publicity. In particular, in Ulyanovsk in an arson attack collector residential home to the hospital asked the man with thermal burns of the brush, and his two year old grandson was hospitalized with burns of the face and forearms. Recently the district court of St.-Petersburg has pronounced a sentence on the case of collector MFIs “Home money”, which last summer was burned two prams left on the stairs in the entrance of the house, where, presumably, lived one of the debtors.

On the eve of the heads of both chambers of the Russian Parliament Valentina Matvienko and Sergei Naryshkin sent to the state Duma the draft law “On protection of rights and legitimate interests of individuals in the implementation of activities to repay debt”, which regulates the work of collectors for debt collection.