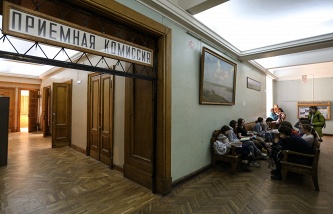 “I think it’s some kind of stupidity to deprive our country of people who in the future could become reliable agents of influence, so to speak, elements of soft power of Russia on the territory of Turkey,” he said in an interview with “Izvestia”.

“They have learned about traditions, culture and language, they become closer to us and is able to disseminate this knowledge among their compatriots”, – said Barinov. He cited the example of the USA and countries of Western Europe, which “has long been open around the world our schools, advocating Western values”. “Why should we abandon such mechanisms?” – he pointed out.

Speaking about the Turkish Diaspora in Russia, the head of FADN stressed that “fortunately, the time when the decision of some politicians paid the whole people, safely passed.” “The initial emotional outburst of the Russian society to the actions of the Turkish authorities gradually verse. And I don’t see a global conflict situation”, – he noted.