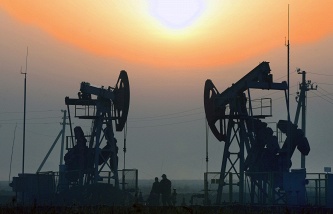 Media: Russia may reduce oil production by 14% by 2020, while maintaining low prices

Russian stock indexes win back growth of oil quotations. Thus, the price of a barrel of Brent for delivery in April rose by 1.5% and exceeded $35 per barrel. In the oil market on Thursday, a bullish sentiment, says expert “BCS Express” Vasiliy Karpunin.

“The optimism caused by the message that the key countries-exporters of oil has supported the initiative of Saudi Arabia, Russia, Qatar and Venezuela for the conservation of oil production volumes at the level of January 2015”, – says the expert.

Yesterday in Tehran passed negotiations of Ministers of oil of Iran, Venezuela, Iraq and Qatar, who discussed the possibility of “freezing” the level of oil production. The Iranian oil Minister Bijan Namdar Zanganeh said that Iran would support any initiative to improve the situation with oil prices.

“The approval of the Minister of energy of Iran the idea of freezing the volume of oil previously proposed by the representatives of Russia and several OPEC countries, was attributed to favorable factors traders of the oil market.

In the evening of 17 February, the international rating Agency Standard & Poor’s affirmed its long-term sovereign credit rating of Russia in foreign currency at “BB+” with negative Outlook. While the long-term rating in national currency is confirmed at level “BBB-“. In turn, the short-term foreign currency rating is affirmed at level “B”, in the national – level “A-3”.
Under the new rating, S&P, the average price of Brent crude oil in 2016 will be us $ 40/bbl, and in 2018 it will rise to us $ 50/bbl, versus the previous estimate of $ 55/bbl in 2016 and $ 70/bbl in 2018.