MOSCOW, February 18. In the sanctions list of the National Council for television and radio broadcasting of Ukraine in the Russian mass media were not only “Russia today” and Sputnik, but even such a “harmless” apolitical channel devoted to design, interior and renovation, as “the beaver”. This fact, in particular, drew the attention of the official representative of the Russian foreign Ministry Maria Zakharova. 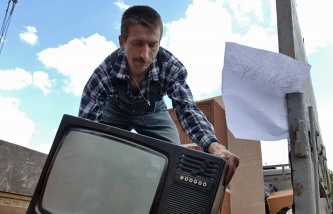 “We’ve seen some news regarding developed sanctions list in Ukraine against the Russian media, she said. Here you can talk about “International news Agency “Russia today” and Sputnik, if the list even the channel “beaver”.

She also recalled that in Vienna recently hosted a forum to discuss issues of propaganda, media freedom, violation of rights of journalists, on the sidelines of the OSCE representative on freedom of the media Dunja Mijatovic in an interview to the Russian media said she was denied entry to Ukraine. “If the plans do not issue the visa, then what is there to say about Sputnik, the diplomat noted. – This is a bad trend.”

The national Council for television and radio broadcasting of Ukraine has proposed to the Council of national security and defense Council (NSDC) to introduce personal economic and other penalties for 38 legal entities of the Russian Federation, which is controlled by Russian TV channels as well as channels operating on uncontrollable Kiev territories of Donbass. In particular there are on the list of almost all the Russian TV, including “First channel. World network”, “NTV broadcasting company”, “RBC-TV”, “TV Center”, Federal state unitary enterprise “International information Agency “Russia today” (Federal Agency for press and mass communications) – Russia today, Sputnik, and others. In addition, it includes all of the broadcasters on the territory of Crimea and proclaimed republics DNR and LC.

Russian TV channel “the beaver” has positioned itself as “the first Russian round-the-clock channel dedicated to the arrangement of living space”, and tells “about the modern design and simple architectural solutions that will help to create comfort at home, at the cottage and in the office”, say its creators.