MOSCOW, February 18. The terrorist attack in Ankara underlined the necessity of unity of all States in combating international terrorism. This is stated in the statement of the Russian foreign Ministry. 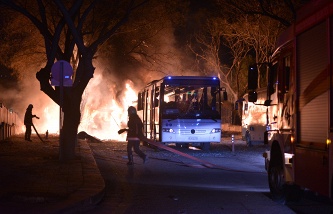 Media: a bomb exploded in Ankara, has set in motion a Syrian national

“In connection with the terrorist act that occurred on February 17 in Ankara, we Express our deep condolences to the Turkish people, – the document says. – Sincerely sympathize with the relatives and friends of the victims. We wish a speedy recovery to the wounded as a result of this monstrous act”.

As stressed in dipvedomstva, “barbaric crime which cannot be justified”.

“The organizers and instigators should be held accountable for their actions, – said the Russian foreign Ministry. – The incident once again indicates the necessity of unity of all States in combating international terrorism.”

As a result of explosion of the mined car near the service bus of the armed forces of Turkey, according to recent reports, 28 people were killed, 61 were wounded.

Data on victims or victims among Russians in the explosion in Ankara was received.

Most of those killed and injured – representatives of the Turkish armed forces, including officers.

The explosion took place in a fairly busy place at the end of the evening rush hour near the city center in the area of military dormitories. It is one of the main thoroughfares of the capital, Boulevard of Ismet inönü, which are all key ministries and agencies. In particular, near the scene of the building are the force and the Turkish Navy, in 100-300 meters from which the buildings of the General staff, interior Ministry and Parliament. According to the authorities, the source of the explosion was a car bomb, which caught up at the crossroads with the official armed forces bus carrying officers.

Explosion was such force that clearly felt at the distance of one and a half to two kilometers from the scene. In many houses, rattled glass, the blast was felt even on the territory of the Russian Embassy in Ankara. After the attack, many people hastened to return to their homes.

After the first thundered another explosion, which has sown a small panic among the population. But, as it turned out, it was driven undermining of a suspicious package left by an unknown near the interior Ministry building.

Currently, the police have not lifted the cordon and keeps all entrances to the area of the explosion locked, skipping just inside the emergency vehicles. Investigators with the onset of daylight continued to study the scene of the incident. In General, the situation calmed down, but among the population feels nervous.

None of terrorist groups has yet claimed responsibility for the explosion in Ankara. However, Reuters cites data not named source in the Turkish security agencies, according to which intelligence agencies suspected of organizing the attack banned in Turkey the Kurdistan workers ‘ party. 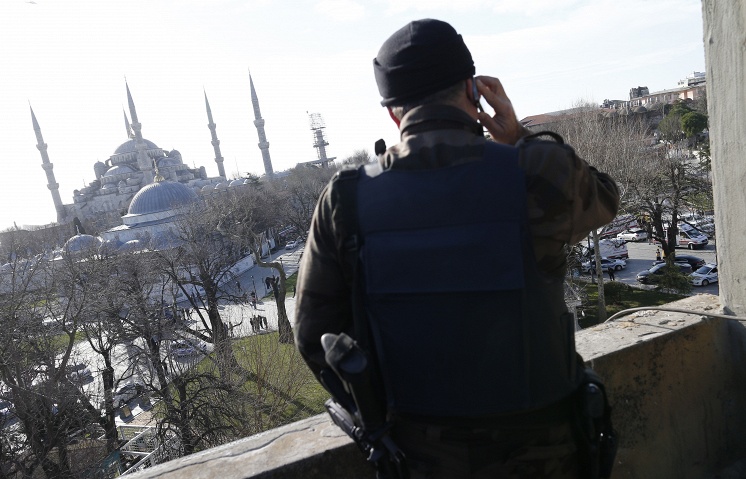 Terrorist attacks in Turkey in 2015. Chronology