MOSCOW, February 18. The level of trust of Russians to the Minister of defense Sergei Shoigu reaches 88%, said on Thursday to journalists by the Chairman of the Board of the all-Russia centre of studying of public opinion (VTSIOM), Konstantin Abramov.

“The approval of the activities of Russian defense Minister Sergei Shoigu and trust in him is extremely high – 84% and 88% respectively,” he said. 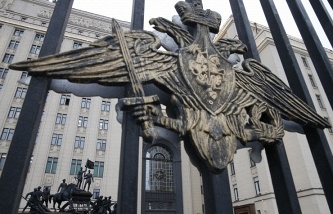 The head of VTSIOM: Russian society as never before a request for a strong and reliable army

The level of trust of Russians army reaches 82%, said Abramov. These data were obtained during a study conducted in the fall of 2015, he explained.

According to Abramova, assess the combat capability of the Russian army today is close to absolute: 89% of Russians – the most for 15 years – believe that the Armed forces will be able to defend Russia in case of real threat from other countries.

“This happens against the background of existing external threats that our citizens fix – 69% believe that the external threat from other countries is obvious, urgent and it is growing,” said the representative of the polls.

A request for a strong army, in his words, “undisputed” – 88% of Russians believe that it is a priority for the state. “Among the youth this percentage is lower, but also makes up the majority (78%). Almost every second (45 %) favoured the growing influence of the army on society. The reverse opinion is held by only 5%,” – said Abramov.

“Awareness about the army all the same background”

Russian society, especially young people, today, are not well informed about the daily life of the army, with a request for reliable data on the Armed forces is only growing, says Konstantin Abramov.

“Awareness about the army all the same background. Unfortunately, Russians often meet stereotypes in response to the question. But the higher the awareness, the better attitude to it,” said Abramov.

According to him, “the company if informed, is insufficient”. “Only 51% of our citizens say that they know, and 48% not know about life in the army”, – said the representative of the polls. The low level of awareness center notes among young people – 46% are aware of the army, and 54% no.

“The request is not recorded on a “front facade”, but real army,” – said Abramov.

The representative of the Russian public opinion research center said that the existence of hazing in the Russian Armed forces are confident 44% of Russians. Thus, for example, only 13% among military families talk about it, said Abramov.