KRASNOYARSK, February 19. The head of “RUSAL” Oleg Deripaska does not exclude that the price of oil may fall to $ 18 per barrel and the ruble to fall to 100 rubles per dollar.

“Cannot pray and wait, looking at these quotes, it is better. You need to understand that structural overproduction for a long time, can see the price of oil and 18 dollars is not going to die, and can see the rate in 100 roubles – also will not die. You need to move, knowing that it will be,” he said, speaking at the Krasnoyarsk economic forum. 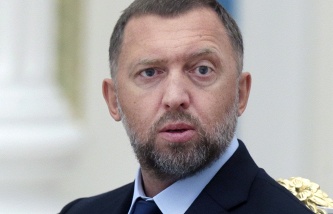 Deripaska: the policy of the Central Bank and the government contradict each other, we need a joint plan

The theme of the forum this year was the development Strategy of Russia until 2030, which must be adopted in March this year. However, according to the businessman, cannot be considered as the strategy sole aim, it is necessary to put specific targets on the Russian economy out of its current situation. Deripaska also spoke about the causes that adversely affected the Russian economy.

“The main problem, if no one is to blame, is that our economy was very much dependent on external factors. If we take GDP for 2014, expressed in us dollars, which is about 2.3 trillion, and GDP is expected this year (depending on the incidence and rate of devaluation) is less than a trillion”, – gave the example of the head of “RUSAL”.

Other vulnerable issues influencing the business climate in the country, he attributed the problems in the judicial system of the Russian Federation, the corruption, the lack of high quality domestic debt market and monetary policy conducted by the Bank of Russia.

“You need to go for export”

Deripaska also said that not believes in the model of import substitution and encouraged to focus on export. “You need to build a decentralized model, based on the priority of private property, are less susceptible to influence of external factors,” he said. 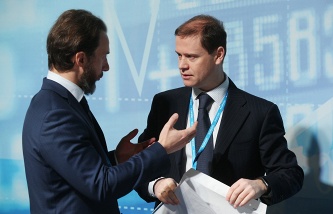 According to Deripaska, “the first goal is to try to revive the internal market, based on domestic demand, i.e. to stabilise the economic situation, to stop the fall. “I don’t believe in the substitution as in the mantra. Import substitution is the model of the nineteenth century. You need to go for export, not many resources, but we have them”, – says the businessman.

In addition, according to him, Russia should not derogate from Europe and must rely on Asian demand.”We should not depart from Europe. But at the same time need to rely on China, Asian demand and to involve them as partners and create conditions,” he said.

The head of “RUSAL” noted that, based on the demand from China, need to create new infrastructure and to address the processing of raw materials for cost-effective exports. “Mining and its export to date, unprofitable. You need to understand that Siberia has come very hard times, and the fulfillment of all these conditions, the creation of the debt market, enterprises ‘ access to resources of Siberia, the development of the processing industry is a priority,” explained Deripaska.

Earlier, on January 22, Deripaska said that raw breakthrough on the world market was over, and urged to prepare for a prolonged period of current prices for raw materials. “We have a serious opportunity to understand what will happen in the near future, and it seems that won’t be any miracles. Raw snatch in this cycle is over, and not even because of decreased demand. The demand for aluminum, for example, is growing – last year was 5.7 percent, this year will be more. We need to be prepared to very long level of current commodity prices, which will not be much different from oil,” he said.

While Deripaska stressed that oil prices have not finished declining.

“If in aluminum we have more or less balance, then oil, we see a tremendous amount of overproduction, and no one is going to shorten it or to introduce any quotas. In the future everything will depend on what monetary impacts will be. But because of this recession early in the year problems of the economy are likely to try to solve the old-fashioned way, pouring all the money”, – said Deripaska.