The estimated cost of the bridge in the 4th quarter of 2015 amounted to about 212 billion rubles According to the order of the government dated 30 January 2015, at prices of corresponding years, the bridge was estimated at 228,3 billion rubles, However, the representatives of the Ministry of transport and Rosavtodor, which is the building owner, said several times that this amount can be reduced during the examination.

According to the representative of “SGM-Bridge” (100% subsidiary of “Stroygazmontazh” Arkady Rotenberg), how decreased this amount will calculate in a few weeks. 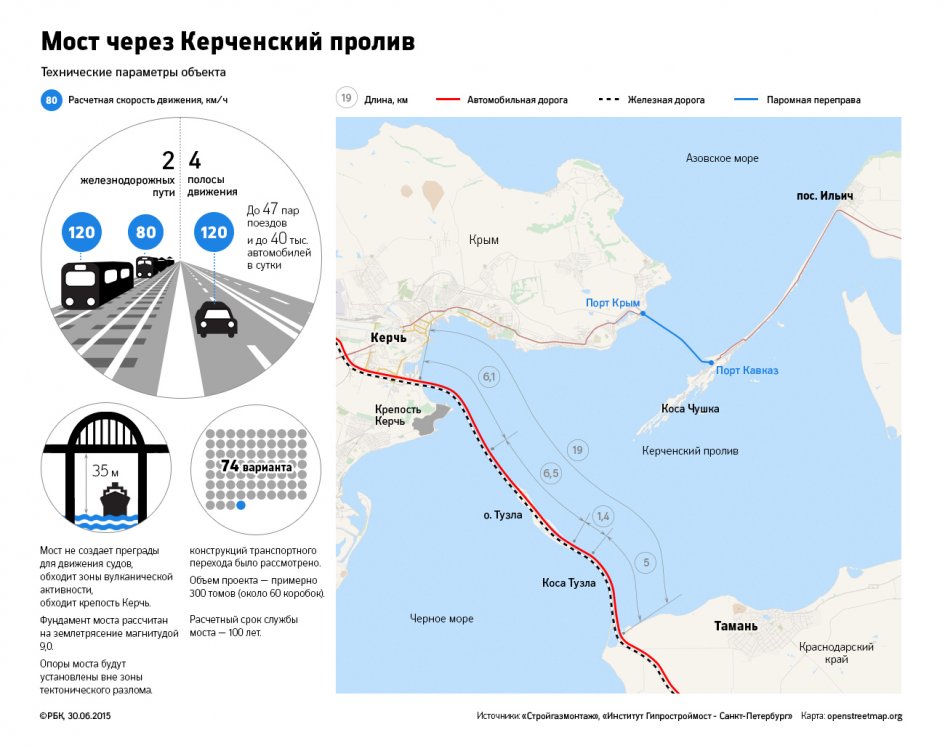 Vladimir Putin stated the need to build a road and rail bridge across the Kerch Strait on 19 March 2014. The General contractor for construction of Kerch bridge in January of 2015 without competition was appointed “stroygazmontazh” (100% controlled by Arkadiy Rotenberg), the government contract for the design and construction of the bridge was signed on 17 February. The labour movement across the bridge should open in December 2018. Finally pass the bridge in June 2019.

The length of the bridge will be 19 km. it is Expected that the highway will consist of four lanes, the maximum speed of traffic is 120 km/h. capacity — up to 40 thousand cars a day. The railroad includes two ways of the second category of railway lines (with a maximum speed of 160 km/h). According to the CMB of the bridge, the design speed of passenger trains on the bridge — 120 km/h for trucks is 80 km/h.