KRASNOYARSK, February 19. MMC Norilsk Nickel does not discuss the possibility of increasing the stake in Chita project partners from China. This was reported in the framework of Krasnoyarsk economic forum the Vice-President “Norilsk Nickel” Andrei Bugrov. 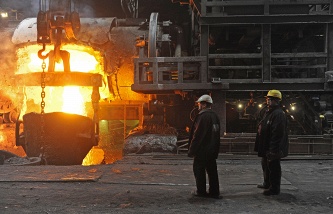 “Yes never discussed such a topic, to be honest. We went on a course where I wanted it to investors. For us it was more important that they made a positive decision to enter the capital, because it is such first transaction, they always go hard. As people will know each other. It’s not happening this week. It is very time consuming specifics of the Chinese market and Chinese partners. When you have business confidence, it takes a long time and spent a lot of effort,” said Bugrov.

“The first step is done, but we’ll see. For me it is more important that Bystrinsky GOK, as it happens, began to work by the end of this year and full capacity was released the following. Once that happens, then maybe someone appetites appears,” said Bugrov.

At the end of 2015, Norilsk Nickel announced the sale of 13.3% in Bystrinsky copper project in Transbaikalia to a consortium of investors from China for $100 million retained interest in this project from Norilsk Nickel.

Total investment in the project will amount to about $1.7 billion mine will produce 60-70 tonnes of copper concentrate per year. The project is located 300 km from the Russian-Chinese border. The target market for the products of Mining will be China.