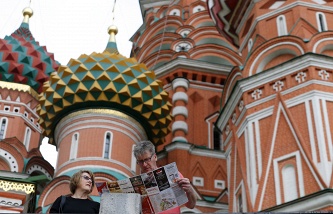 “I can only note that while they (air – approx.) grow, and the number of internal flights has grown by about 10% compared to last year,” he said. According to him, the increase is due to the fact that citizens are accustomed to flying and don’t refuse from flights regardless of exchange rates.

According to Neradko, Federal air transport Agency expects further growth in domestic passenger numbers. “Plan to hold a special meeting in the Crimea in late March about safety in a busy period of summer traffic,” he added.