KRASNOYARSK, February 19. The detention of the Chairman of the Board of Directors of Domodedovo, the actual owner of the airport Dmitry Kamenshchik will not affect the operation of the airport, said the head of Rosaviation Alexander Neradko at the Krasnoyarsk economic forum. 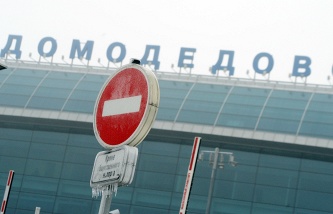 At the airport Domodedovo considers unreasonable the detention of Dmitry Kamenshchik

“At our airports a lot rests on the documentation on technologies that are fairly well developed, and have full confidence that the production process will be carried out in accordance with the regulations, with technology. The diversion of a purely human attention to gossip,” he said.

“I think that if any leader of any organization to hold, then it somehow, of course, affect: what the teams will be to discuss, talking about it” – said Neradko. However, he expressed confidence that the operation of the Domodedovo will be carried out in a regular manner.

Before it became known about detention of the actual owner of Domodedovo airport Dmitry Kamenshchik, charged in the case of the violations that led to the death of two and more persons. filed a Similar accusation to the former head of the Russian representation of the company “airport Management company limited” Svetlana Trishin, managing Director of CJSC “Domodedovo airport Aviation Security” Andrey Danilov, the Director of the airport Vyacheslav Nekrasov complex. 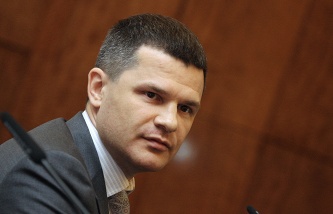 The UK detained the actual owner of Domodedovo Dmitry Kamenshchik

Basmanny court of Moscow on 19 February to consider the question of the arrest of Kamenshchik.

47-year-old Dmitry Kamenshchik – Chairman of the Board of Directors of Domodedovo airport. According to the magazine Forbes, in 2015, took 27th place in the rating of the richest businessmen of Russia with $3.8 billion is also Known as the founder in the early 1990’s the airlines “East Line”.
The terrorist attack at the international airport Domodedovo occurred in January 2011. A suicide bomber went into the hall of international arrivals with hidden under clothing an explosive device and fired it exploded. As a result, 37 people were killed, 172 were injured. Among the dead were eight foreign nationals in hospitals was at least 17 foreigners – citizens of Germany, Italy, Nigeria, Moldova, Serbia, Slovakia, Slovenia, Tajikistan, France.