MOSCOW, February 19. Federal road Agency (Rosavtodor) has approved project documentation for the construction of a bridge across the Kerch Strait to Crimea, the previously obtained positive opinion of Glavgosexpertiza. Following the approval of project documentation the Federal road Agency issued the “Federal highways “Taman” permit for the construction of the facility, reported the press service of the Ministry. 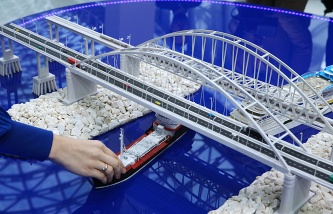 Rosavtodor: the construction of the Kerch bridge will not affect navigation in Straits

“The documentation is complete, project is in line with the requirements of technical regulations and normative documents included innovative implementation, estimated cost of construction determined reliably, – said the head of Rosavtodor Roman Starovoit. It allowed us to approve the design documentation and in accordance with the town planning code of Russia to issue a building permit”.

Currently the construction site on the highway of the future bridge across the Kerch Strait are in full readiness for the beginning of construction works. On the subject carried out considerable preparatory work, not only by creating a temporary infrastructure, but also on the organization of control over construction by the customer, notes the Agency.

As previously reported, the main state expert review Board on 19 February gave a positive opinion on the project of the bridge in the Crimea and confirmed the accuracy of the estimated cost.

State contract for the design and construction of a bridge across the Kerch Strait, signed on 17 February 2015 between the Federal state establishment “Management of Federal highways “Taman” (fku uprdor “Taman”, customer) of the Federal road Agency of the Russian Federation and LLC “stroygazmontazh” (SGM, contractor). In December 2018 it will be completed and will be opened traffic on the bridge in the operating mode. In 2019, after the completion of all commissioning works and landscaping, the bridge will be put into operation.

Under the project, the bridge consists of two parallel structures under road and rail movement, United by a common constructive-technological scheme. 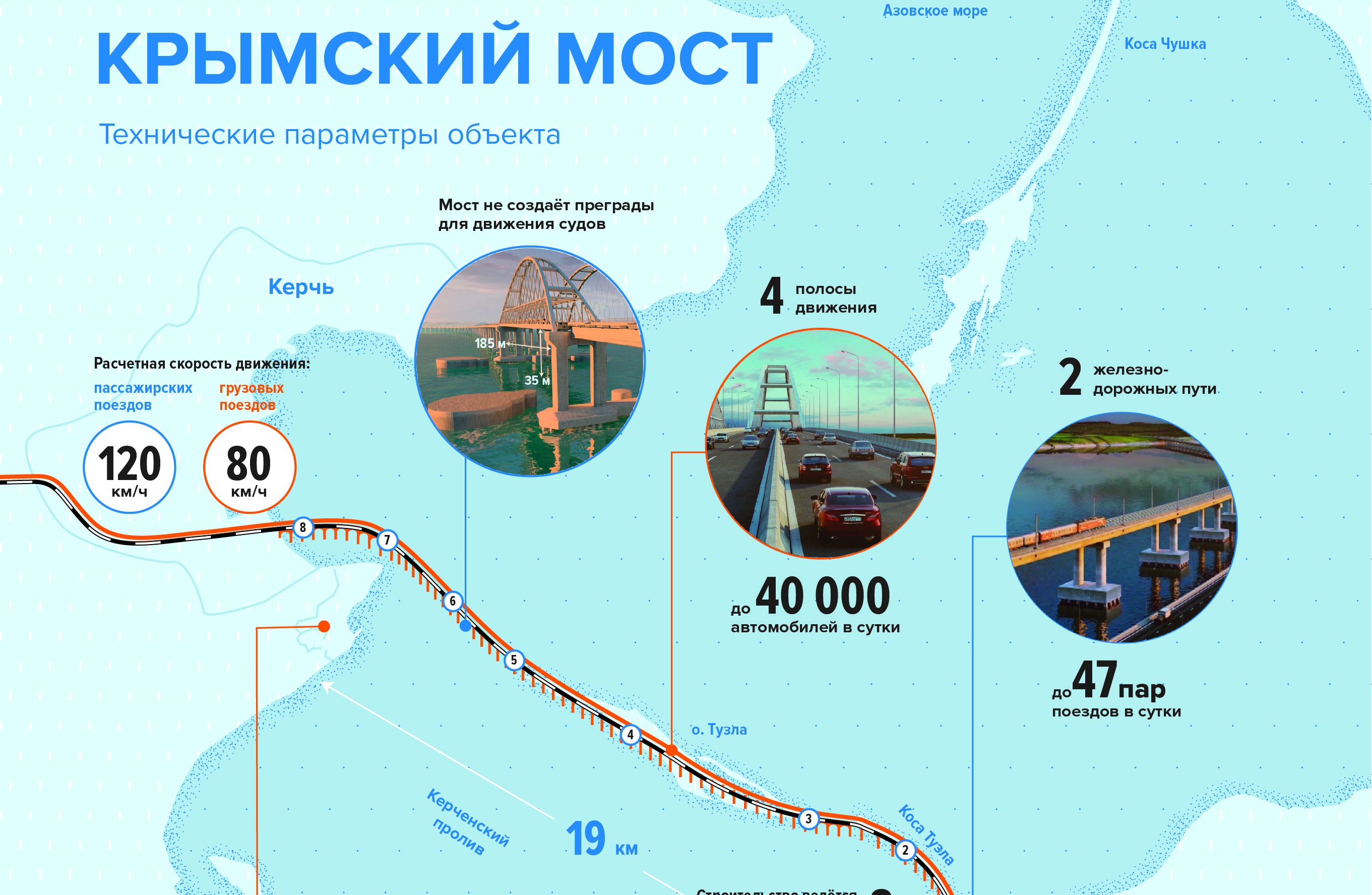 The design of the bridge in the Crimea

The government contract for the design and construction of a bridge across the Kerch Strait was signed on 17 February 2015. Construction work is scheduled for completion in December 2018. And the commissioning is planned for 2019.