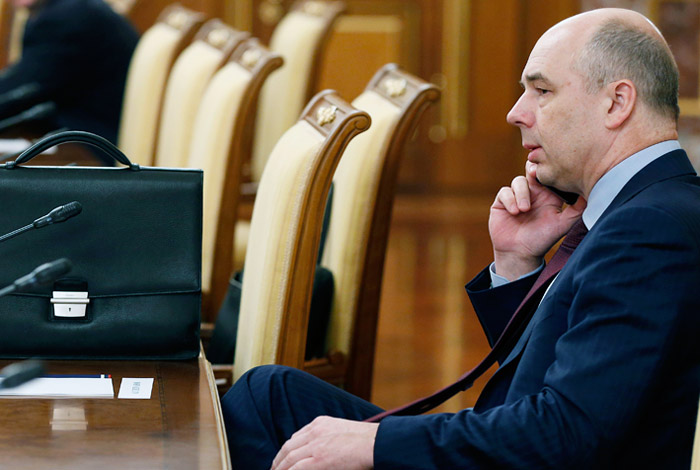 Moscow. February 17. The Finance Ministry on Wednesday filed in London’s High court action to recover the debt from Ukraine, negotiations in the spirit of “good will” with the Ukrainian side did not work, told reporters the Russian Finance Minister Anton Siluanov.

“Today the Finance Ministry of Russia has filed a lawsuit against Ukraine in London’s High court in order to recover the debt under the bonds of Ukraine with a nominal value of $3 billion and compensation of court costs for Russia,” he said.

The Finance Ministry informed that to represent in court the interests of Russia will be the international law firm Cleary Gottlieb Steen & Hamilton advising the Russian Federation for several years.

The Minister noted that the lawsuit was filed after unsuccessful attempts to encourage Ukraine to engage in a constructive dialogue on restructuring and to recognize that belonging to Russia’s Eurobonds are the official of the loan, so the requirements for them should be settled on terms better than offered to private creditors of Kiev.

“We have many times declared its readiness to discuss the possibility of bilateral (extrajudicial) settlement of the question of repayment by Ukraine of its obligations before Russia. But, unfortunately, Ukraine was not ready to negotiate in the spirit of “good will”, so called not only we, but also the IMF. So the only solution is an appeal to the court, which was done,” he said.

He also expressed the view that the proceedings in the English court will be open and transparent, and protection of the rights of the Russian Federation as the creditor will be independent, authoritative judgment.

According to Siluanov, the consideration of such dispute in court is a historical precedent, which because of the actions of the debtor “is necessary to regret only”.

“The fact of filing of the claim does not exclude the possibility of addressing the issue with a debt of Ukraine in the framework of the negotiation process”, – said the Deputy Minister of Finance Sergey Storchak.

Ukraine in December defaulted on Eurobonds purchased by Russia in December 2013 with funds from the national welfare Fund. Kiev offered Moscow debt restructuring with commercial creditors terms, Russia to discuss this option is refused, insisting on the sovereign nature of the debt.

Storchak previously expressed opinion that the Ukrainian colleagues will have no chance to win court, however, to request funds, if Kiev does not want to fulfill the court order, it will be difficult.

“As usually happens with any judicial decision taken in relation to sovereign. Assets under sovereign immunity. If he voluntarily does not want to pay, or to enforce a judgment, the plaintiff will have to seek these assets, and assets that are not protected by sovereign immunity. This is quite a time-consuming hard work. This must all remember that the international reserves managed by the Central Bank of any country enjoy absolute immunity, they are protected. Has Ukraine as a state of its international assets at $3 billion, I don’t know. Most likely, there is no money. The process is long, I think, of claiming the money back”, – he explained.