MOSCOW, February 19. The President’s press Secretary Dmitry Peskov disagreed with the assessment of the head of “VTB 24” on the true size of expenditure on the Olympic games in Sochi. He said this, answering the question. 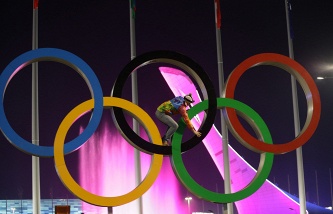 The Sochi Olympics cost 324,9 billion rubles, of which 103 billion budget

Earlier in interview to TV channel “Rain”, President-Chairman of Board of Bank “VTB 24” Mikhail Zadornov said that the real expenditure on the Olympic games in Sochi reached 1.5 trillion rubles, instead of 230 billion roubles referred to in official records.

Peskov reminded that the official data on costs have been published repeatedly, and encouraged to focus on them.

“It is very important to differentiate. I hope that Zadornov repeats occurred before the Olympics the traditional in one basket tied it all costs – and the Olympic and infrastructure for the region,” Peskov said.

He added that “the contest was a wonderful excuse to pretty invest in infrastructure projects, which now work perfectly and are the basis on which a now thriving tourism sector of Krasnodar region”.