VLADIKAVKAZ, February 19. The funeral of the head of North Ossetia Tamerlane Aguzarova will be held Sunday, February 21. This was reported to journalists the Deputy Chairman of the government of the Republic of Rafael Belikov. 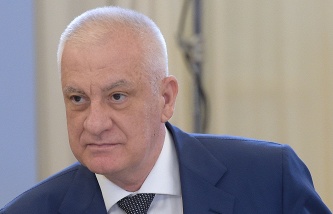 “The President will be buried on Sunday, the body will take in a Republic,” he said.

On February 21 in North Ossetia will be declared a day of mourning, according to preliminary information, farewell to Aguzarova will be held in the Ossetian theatre in Vladikavkaz. It is expected that he will be buried on the walk of Fame.

The head of North Ossetia Tamerlan Aguzarov, who held the position from September 2015, passed away today in Moscow in 53 year of life.

The head of North Ossetia became the Prime Minister of the Republic Vyacheslav Bitarov.