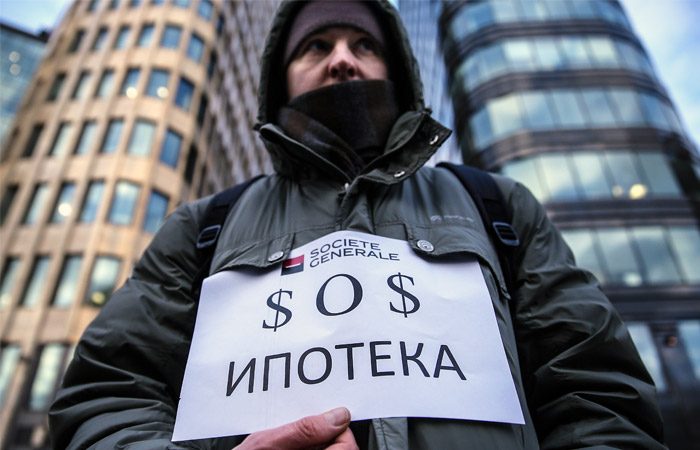 Moscow. February 17. The government plans to improve the conditions of support for borrowers who find themselves in difficult financial situations. At the same time it will impose liability for the accuracy of the information regarding housing.

The draft government decree posted on the portal of projects of normative-legal acts.

The document increases the maximum amount of compensation for each restructured mortgage loan with a 10% to 25% of the loan balance, calculated at the date of conclusion of the contract on the restructuring, but not more than 600 thousand rubles.

For Moscow, the Moscow region, St. Petersburg and the Leningrad region the maximum amount will be above 1.5 million rubles (now for all the amount is set within 600 thousand rubles).

The draft regulation imposes on the borrower the responsibility for the accuracy provided to the lender information regarding the dwelling. In particular, under the program of restructuring the apartment in pledge at Bank, must be the only dwelling of the borrower.

In addition, the document clarifies the terms of the monthly income of the borrower for participation in the restructuring program.

The assistance program mortgage borrowers was approved by the government on 20 April 2015. Under the program, banks restructure distressed mortgages at a rate not exceeding 12% per annum. Part of the monthly payment of the borrower (or any principal debt in the case of foreign currency mortgage) to the Bank is compensated by the state. Pay the reimbursement to the Agency for housing mortgage lending (AHML), for these purposes it has been capitalized from the budget of 4,5 billion roubles.

Last week the General Director of AHML Alexander Plutnik said that the Corporation is working on this program since mid-January. During this time the seller has received 300 complaints, 30 of loans already restructured, including 5 currency.

“Fortunately, the mass is no problem. There is, indeed, a very difficult situation for families with children who fell into this currency mortgages. Here them see how we can help further, those who have the banks”, – said the head of AHML.

The sharp weakening of the ruble in 2015 or early 2016 in significantly increased monthly payments for borrowers who have taken a mortgage in the currency. Against this background, the most active clients requiring banks discount rate at loan restructuring, organizing actions and protests at Bank offices and in front of the CBR.