BUENOS AIRES, February 19. /Corr. Elena Kondratieva/. Chairman of the Board of “Gazprom” Alexei Miller discussed with the President of Bolivia, Evo Morales and the Minister of hydrocarbons and energy of the South American Republic Luis albert sánchez cooperation between the two countries. As reported in the press service of the Russian company, following the meeting in the Bolivian city of Tarija were signed three agreements. 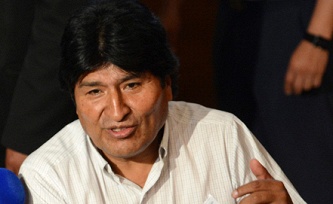 “This is a memorable day, because today we begin work on the agreement (on cooperation) in the energy sector until 2040,” said Morales after the meeting.

“The energy sector of Bolivia is developing rapidly. The documents signed today open new opportunities for expanding the presence of Gazprom on this promising market”, – said in turn Miller.

In the presence of the President of Bolivia, Miller and the President of Bolivian state oil company YPFB Guillermo Acha signed the Memorandum of strategic cooperation. The document, in particular, provides for joint work in exploration, production and transportation of hydrocarbons in the South American Republic, and the modernization of its oil and gas infrastructure.

According to Sanchez, “Gazprom” considers possibility of participation in the development of six mines in Bolivia. “We and Gazprom want in the next few years he became the operator of one of the blocks in Bolivia, and we’re working on it”, – he said.