SAROV, February 19. Construction work at the site of Bushehr in Iran on construction of two more nuclear power units will begin soon, said, answering a question, the head of “Rosatom” Sergey Kiriyenko. 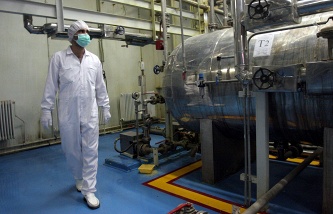 “We are now with our Iranian colleagues agree the date of the commencement of works, in principle, everything is ready, completes the assessment of seismic conditions,” – said Kiriyenko.

A few years ago, Russia completed the construction and put into operation the first unit of NPP “Bushehr”.

As previously reported, work on the construction site of new nuclear power units in Iran, was scheduled to begin in March. Total investment in the project is estimated at $11 billion.