MOSCOW, February 19. The Ministry of industry and trade of the Russian Federation forecasts the growth of sales in the light industry at 1-2% since March. This was announced by state Secretary, Deputy Minister of industry and trade of Russia Viktor Evtukhov at the press conference, forums dedicated to the domestic textile industry, which will be held in February-March this year. 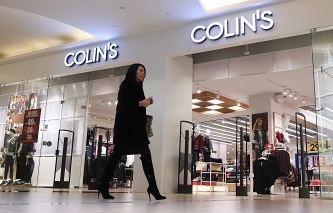 “We expect the beginning of growth of sales of light industry products in General since March 1-2% in the most optimistic forecast now although it is very difficult to predict the situation in our economy and in the global economy. Perhaps the performance will be more modest”, he said, adding that in the pessimistic scenario, the decline in sales can be up to 3%.

The market for textile and garment production in 2015 compared to 2014 decreased by 12% mainly due to falling consumer demand, said Evtukhov. The import of light industry products dropped by 40%, he said.

“We pessimistically expected more downs, but at the expense of support measures on the one hand and, on the other hand, just due to the fact that in the industry there are many effective companies that have been able to restructure their production chains and financial operations, we successfully despite the fall, the difficult economic situation experienced”, he said.

The Deputy Minister pointed out the promising areas with which the Ministry communicates the development of the industry. So, according to him, the production of synthetic fabrics increased by almost 15%, and non-woven materials by 25%. “At the same time seriously dropped the production of such items as coats, jackets – up to 45%, this greatly distorted the situation, in General, to the industry,” – said Evtukhov. However, due to demand reduction was virtually unaffected menswear (suits, blazers, jackets), in 2015 they were produced almost 15% more than in 2014, said the Deputy Minister.

“The disturbing factor was the decline in production of footwear by 11% despite the fact that we have very good projects were launched in previous years. We hope that the situation will stabilize,” says Evtukhov.

Deputy Minister of industry and trade of the Russian Federation also stressed that one of the important problems today is the smuggling of products of light industry. The state Commission on combating illicit trafficking of industrial products support enhanced liability on this issue, he said. One response is to stamp, now has a pilot project by the marking of the coats with the help of RFID tags, reminded Evtukhov. “We will continue to work to spread it to a large category of goods, especially those produced in light industry”, – he said.